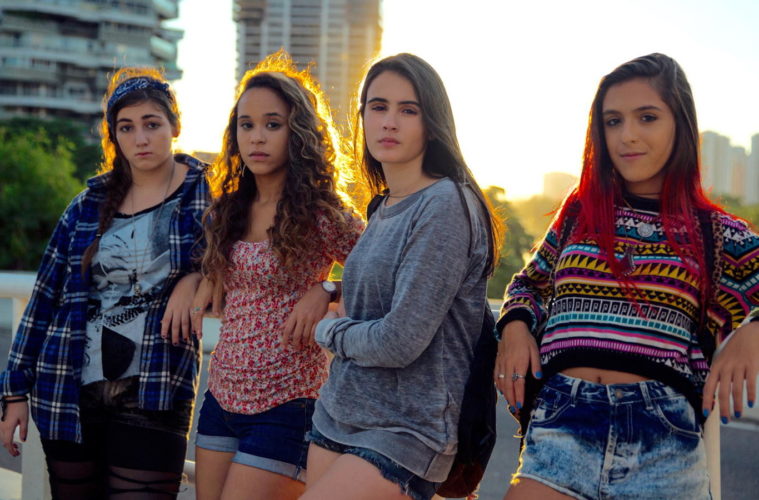 After stopping by festivals such as SXSW, Venice, and New Directors/New Films, Anita Rocha da Silveira’s Kill Me Please will finally be hitting U.S. theaters next month. The Brazilian coming-of-age meets slow-burning horror film follows a group of high school girls who start to become obsessed with the victims of recent murders in their area. Ahead of a release, a new trailer has now landed.

“With its inky, stalking sense of darkness and warped surrealism, David Lynch’s Mulholland Dr. is an obvious touchstone for Silveira’s sensibility, but her visual milieu feels just as evocative of disparate directors such as Carlos Reygadas, Céline Sciamma, and Harmony Korine,” we said in our review. “Her camerawork doesn’t so much follow as glide, and Silveira isn’t shy about starbursts of color (e.g. a refracting neon purple prism from a headlight). The sequences are carefully composed but not immune to playful tricks, including a wide frame that suddenly erupts into a full music video to Bounce-style music.”

Bia (Valentina Herszage), Michele (Júlia Roliz), Mariana (Mariana Oliveira) and Renata (Dora Freind) are a clique of affluent high school girls. They waste away their days wandering the fields between the vertigo-inducing high rises in Barra da Tijuca, an affluent new neighborhood in Rio de Janeiro. Both privileged and abandoned by busy parents, the girls spend most of their time together.

When a wave of murders begins to terrorize the neighborhood, the girls develop a morbid curiosity with the victims – and lines separating life, desire and death begins to break down.

Blending coming-of-age with slow-burning horror, partly inspired by the 1980s teen slasher genre, Kill Me Please is a disturbing and funny dive into teenage sexuality, spirituality, loneliness and fragility – as well as an ambitious feature debut by a young and promising Brazilian director, Anita Rocha da Silveira.