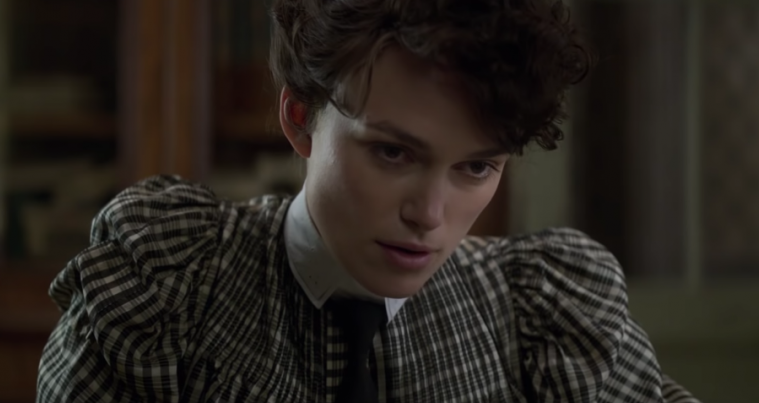 ‘Colette’ Trailer: Keira Knightley Picks Up a Corset and Pen for Literary Biopic

Keira Knightley is once again lacing up her corset for the upcoming period drama Colette. The film, which premiered at Sundance this year to acclaim, chronicles the life of respected French novelist Gabrielle Colette and her rise in the literary world, as well as her tumultuous marriage to Henry Gauthier-Villars, played by Dominic West. The film also co-stars recent Tony nominee for Angels in America Denise Gough who plays Mathilde de Morny, a real life cross-dressing artist who begins an affair with Colette.

Colette’s director is Wash Westmoreland, who directed Julianne Moore to Oscar glory in 2014’s Still Alice. Westmoreland co-wrote the film, like Still Alice, with his partner Richard Glatzer, who passed away due to complications ALS in 2015. Also starring Denise Gough, Fiona Shaw, Robert Pugh, and Eleanor Tomlinson, see the trailer and poster below.

After marrying a successful Parisian writer known commonly as “Willy” (Dominic West), Sidonie-Gabrielle Colette (Keira Knightley) is transplanted from her childhood home in rural France to the intellectual and artistic splendor of Paris. Soon after, Willy convinces Colette to ghostwrite for him. She pens a semi-autobiographical novel about a witty and brazen country girl named Claudine, sparking a bestseller and a cultural sensation. After its success, Colette and Willy become the talk of Paris and their adventures inspire additional Claudine novels. Colette’s fight over creative ownership and gender roles drives her to overcome societal constraints, revolutionizing literature, fashion and sexual expression. Directed by Wash Westmoreland and written by Wash Westmoreland, Richard Glatzer, Rebecca Lenkiewicz.

Colette is distributed by Bleecker Street and will be released on September 21st, 2018.