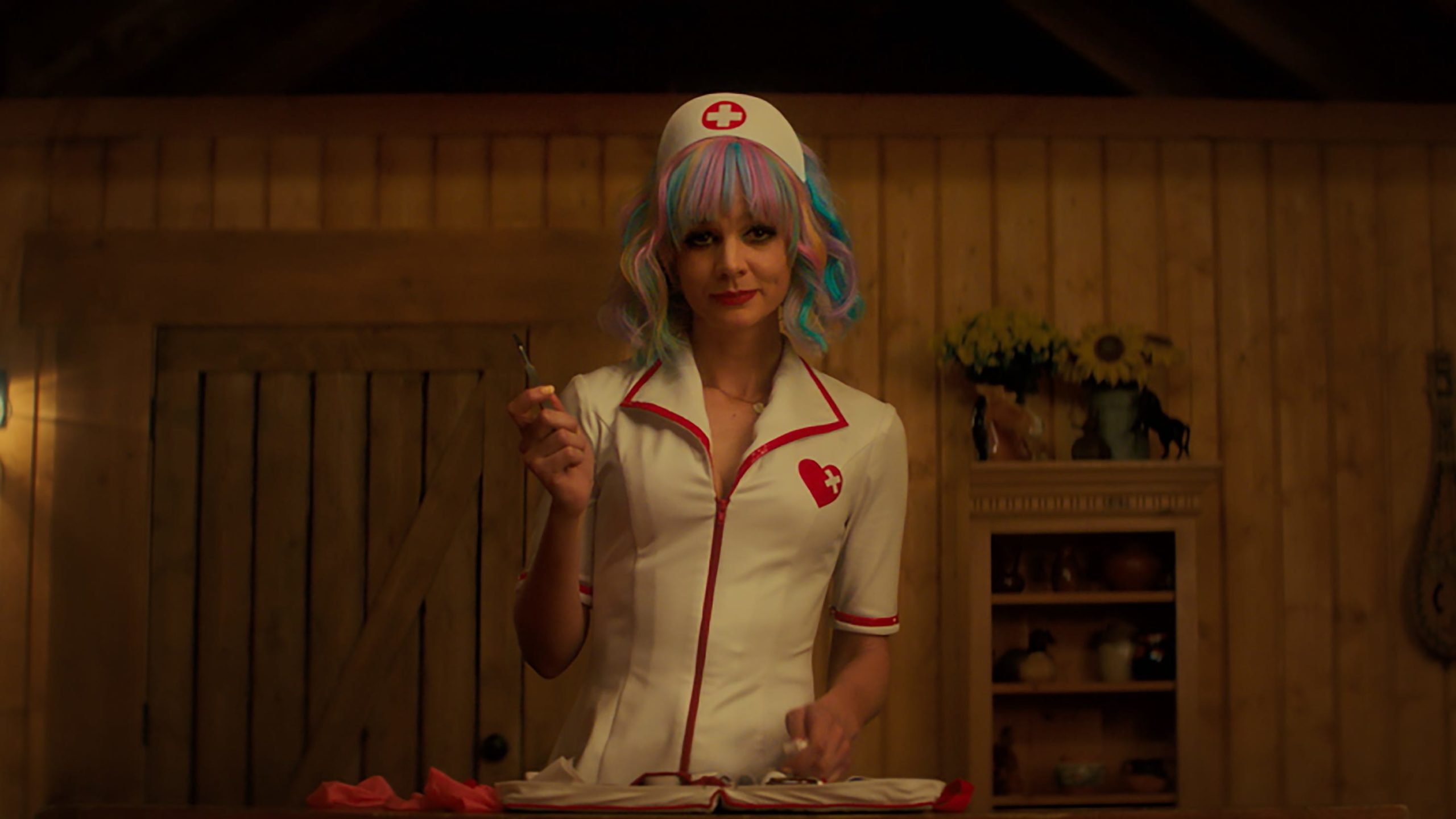 Carey Mulligan is currently riding one of the great highs of her career. Her new film Promising Young Woman has been playing to critical success and we also quite liked The Dig, Simon Stone’s new film co-starring Ralph Fiennes that arrives on Netflix today. Now, she can add a new film from Greek director Christos Nikou to her list of upcoming projects.

Fingernails will be Nikou’s English-language feature film debut, Deadline reports. His breakout film Apples is Greece’s submission for the Best International Feature Oscar this year. Produced by Cate Blanchett and her husband Andrew Upton, Fingernails tells the story of a woman who is being to suspect her relationship with her partner is not what it seems. Determined to figure out the truth, she signs up to work at a mysterious institute designed to test the love amongst flailing couples. The film is being co-written by Sam Steiner and Stavros Raptis.

In our review of Apples by Eli Friedberg, he said, “Apples is set in a world where digital technology seems not to exist, yet the psychic imprint of the digital age hangs heavy over first-time director Christos Nikou’s sparse absurdist dramedy. In an alternate-universe Greece, people are falling victim to a pandemic of sudden-onset Memento syndrome: total, crippling amnesia that befalls ordinary adults seemingly at random, necessitating elaborate state-run medical programs for the mnemonically impaired. Of particular concern to such programs are “unclaimed” amnesiacs, patients who fail to be identified by friends or family members and thus become wards of the state, who must be gradually rehabilitated into society and construct new identities from scratch.”