Venice Review: Apples is a Darkly Comic, Absurdist Dramedy About an Amnesia Pandemic 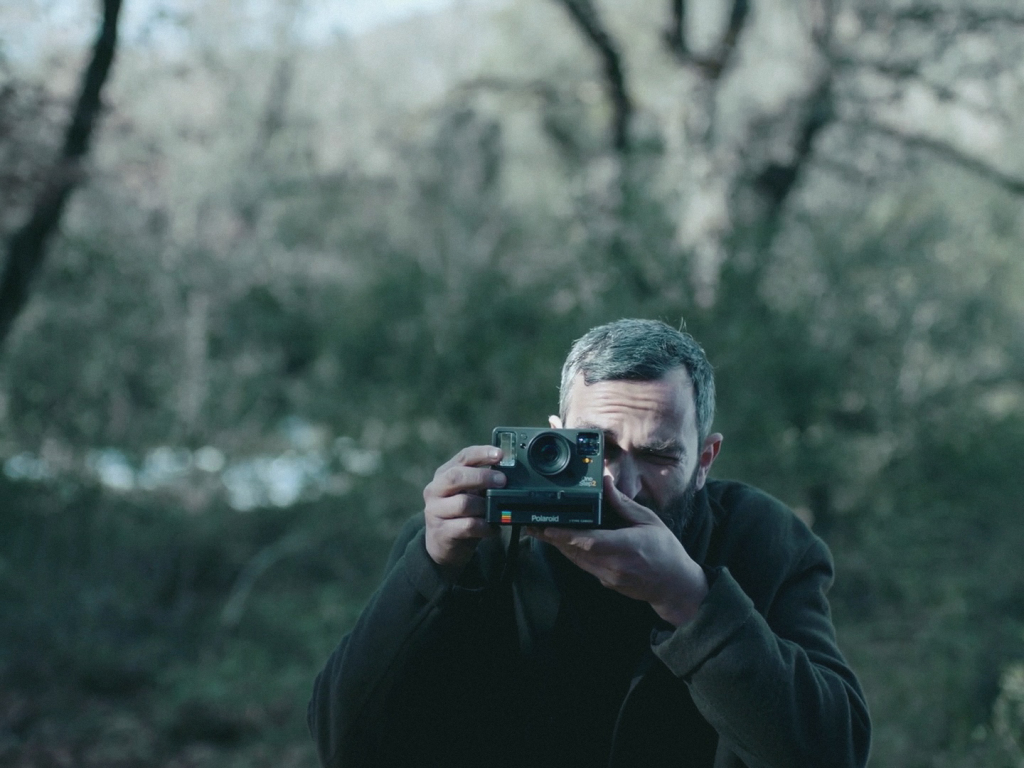 Apples is set in a world where digital technology seems not to exist, yet the psychic imprint of the digital age hangs heavy over first-time director Christos Nikou’s sparse absurdist dramedy. In an alternate-universe Greece, people are falling victim to a pandemic of sudden-onset Memento syndrome: total, crippling amnesia that befalls ordinary adults seemingly at random, necessitating elaborate state-run medical programs for the mnemonically impaired. Of particular concern to such programs are “unclaimed” amnesiacs, patients who fail to be identified by friends or family members and thus become wards of the state, who must be gradually rehabilitated into society and construct new identities from scratch.

One such unlucky victim of sudden identity loss is Aris (Aris Servetalis), a thirtysomething man who boards a bus in Athens one day only to forget where he’s going or where he came from, along with seemingly every other important detail about his life. (Why anyone in this world would leave home without personal identification is a question the film may or may not want you to ask.) Transferred into identity rehab, Aris is given a comfy private apartment and assigned a baritone-voiced, paternal caretaker who tasks him (via cassette player) with increasingly unorthodox therapeutic activities––from attending a costume party with other amnesiacs to buying a private dance at a strip club. He is instructed to document all these activities with a series of Polaroid selfies, kept in an album for review by his caretakers.

The bulk of Apples’ plot is less a causal chain of events than a vague and hazy montage of experiences, as the taciturn Aris stumbles aimlessly from one episode of darkly comic urban ennui to the next, filmed in cheekily anachronistic and consciously cramped 4:3 aspect ratio, often with sparse dialogue and primarily diegetic music. Servetalis manages to narrowly avoid the trap of embodying a static, monotone empty vessel (i.e. a Christopher Nolan protagonist) that the role could invite, instead playing a vulnerable, boyish, droopy-eyed schlub whose understatedly comic emotive gestures (grinning confidently as he fails a basic memory test) suggest a living personality that supersedes his unusual impediment. In a seeming attempt to imbue stronger shape and momentum to the narrative, though, we’re eventually introduced to Anna (Sofia Georgovasili), an archetypal bubbly and spontaneous love interest suffering from the same condition as Aris, whose “manic pixie dream girl” antics provide a necessary but somewhat shallow foil to Aris’s drifting introspection.

Nikou’s quirky mnemonic premise (complete with Polaroids) clearly revisits Nolan’s 2000 indie darling, but his stated and visible influences from Spike Jonze and Charlie Kaufman’s magical realist tragicomedies inform the film’s melancholy gentle wit and sometimes excessive quaintness. Beyond his artistic influences, Nikou––a Gen X-er not so far in age from the protagonist of his historically non-specific setting––is fixated on the technologies and (predominantly American) popular culture of not-so-distant yesteryear: Aris and Anna’s meeting occurs at a screening of The Texas Chainsaw Massacre, and their cutely awkward courtship involves driving ’90s cars, singing along to vintage radio hits, and reiterating the plot of Titanic naïvely stripped of its historical context as both a popular film and a dramatization of actual history. Among the film’s less successful literary conceits is its namesake, the fruit that serves as a self-consciously quirky and relentlessly repetitive metaphor for identity as Aris munches away at them in seemingly every other scene, after a fellow amnesiac early on in the film refuses to eat one because “I don’t remember if I like them.” Nikou might have taken cues for overstated symbolism (among other elements of style) from his former mentor Yorgos Lanthimos, but repeatedly informing the audience that something in the film is an important motif doesn’t automatically make it a trenchant one.

It shouldn’t take the thematic tipoff of the amnesiacs’ externally moderated selfie diaries, anyway, to reveal by way of absence what the film is truly about. The setting’s semi-retro consumer technology suggests a nostalgic neverland, but its social and psychological landscapes are unmistakably contemporary. Likely anyone young and privileged enough to have owned a smartphone for a substantial portion of their life will feel a sinking sense of recognition in the concept of a sudden and unpredictable mental unmooring from one’s material environment and continuity of lived experiences, the alienated “social” events marked by anonymity and noncommunication, and the splintered experience of reality and identity as the “amnesiac” struggles to reconcile multiple selves. Having come upon a provocative allegory for the endemic dissociation of the hyper-digital age, though, Nikou does not interrogate it as intensely or from as many angles as possible in the lean, character-driven 90-minute film. (And driven by quite a taciturn character, at that.) In a slightly abrupt final stretch, Nikou makes the cathartic but somewhat obvious suggestion that our mass dissociation may be a form of escape from the crushingly depressing desert of the real, a voluntary disease of the desperate. It’s surely true, and artfully expressed, but perhaps Nikou’s next investigation could probe further.