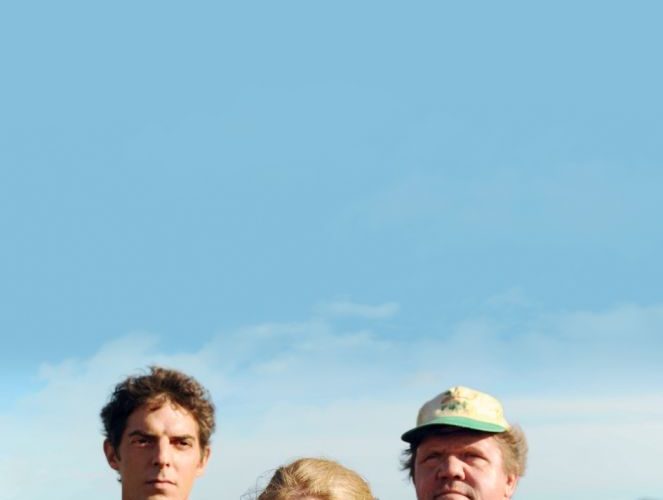 Those only familiar with Alain Guiraudie’s sublime Stranger By the Lake, which finally brought the gifted French director to a (relatively) wider audience following a laureled Un Certain Regard premiere in 2013, will likely find themselves confounded by its follow-up, Staying Vertical. With his first entry in Cannes’ main competition, Guiraudie returns to the psychoanalytic mode of the features preceding Stranger, where he gradually and stealthily eroded the boundary between reality and fantasy to probe the complexities of human desire — particularly of the sexual kind — exposing the stifling effects of social norms and conventions to thoroughly bewildering results. As in The King of Escape, this shift happens through two dream sequences. The first is clearly demarcated, whereas the second, despite a wake-up scene, seems to continue for the remainder of the film. Staying Vertical’s dreamer is Léo (Damien Bonnard), a scriptwriter suffering from writer’s block in the face of an impending deadline. Seeking inspiration, he goes out to the countryside and, this being a Guiraudie film, enters a realm of polymorphous sexuality and abstract yet persistent menace.

The increasingly outlandish narrative sees Léo fail to seduce both a teenage boy from the side of the road and a vagrant, father a son with a shepherd’s daughter, be left alone with the baby soon after, reject the advances of the baby’s grandfather, prevent the grandfather from using the baby as bait for the wolves threatening his flock, attend some sort of botanical psychotherapy sessions in a yurt-like structure within the woods, euthanize an ailing old man by fucking him to death, and many more such occurrences — until he finally ends up homeless, shunned and destitute, fending off hungry wolves in the wild.

Apart from a middle stretch during which the narrative loses momentum and Staying Vertical feels temporarily aimless – something that Guiraudie soon rectifies by amping up the weirdness – the film is as engaging and consistently uproarious as it is perplexing. Like his equally mad and cryptic debut, No Rest for the Brave, Guiraudie’s latest is sure to inspire colorful interpretations and debates regarding its meaning — as well as outright dismissals, inevitably. Like all forays into psychoanalysis, of which the Gallic have always been very fond and proficient, any one-to-one explications will necessarily be reductive.

Guiraudie’s ambition is far greater than a mere exposition on a specific theme such as fatherhood, sexual and familial norms, the societal pressure to succeed, or the torturous dialectic of the pleasure vs. the reality principle, even though all of these – and many more – apply here. Léo’s odyssey represents a synthesis of the myriad existential struggles that are conferred on all of us when we are brought into this world. This is forcefully introduced early on through a visual juxtaposition that will certainly become the scandalous talking point of this year’s festival. A close-up of a vulva in post-coital repose, its composition recalling that of Gustave Courbet’s L’Origine du monde, cuts to another close-up of the same vulva, nine months later, that literalizes the implication of the painting’s title. It’s difficult, even upsetting, to confront, but its lasting impression is singularly wondrous.

Staying Vertical premiered at the Cannes Film Festival and will be released on January 20. See our festival coverage below.