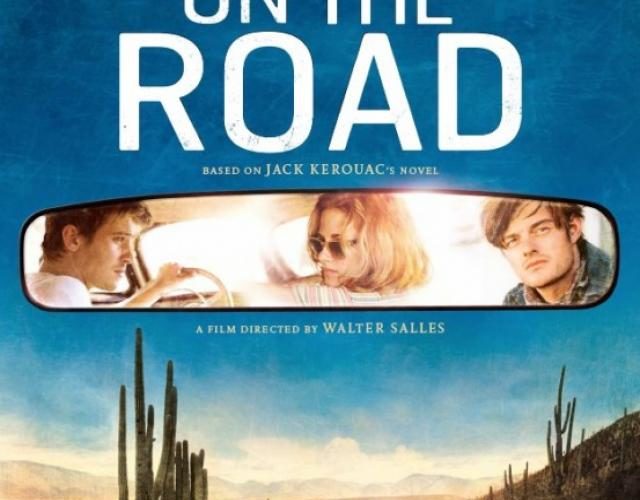 [Cannes Review] On the Road

The problem with On the Road, directed by Walter Salles (The Motorcycle Diaries), is that it wanders, and in no real direction. Of course, that’s the whole point, true to Jack Kerouac‘s seminal American novel. The then-wannabe writer lived, coast to coast, joint to joint, for a few years and took it all in. He worked here and there and everywhere, one or two days at a time, paying his way to wherever was next. Then he wrote it all down. To read those words with a cigarette dangling between your fingers as you dream of all the places you too will go is essential for those who are young and foolish and ambitious and wild. However, to watch others wander and live (and for 2-plus hours) is not as fun. But then it was never going to be any different. This is the adaptation of On The Road, and Salles gets the characters and the canvas just right. Sam Riley mumbles and smirks as the Kerouac alter-ego Sal Paradise, mostly observing the rebellious, and rebelliously sexy, antics of the Neal Cassady-based Dean Moriarty, played with considerable bravado by Garrett Hedlund. It’s Moriarty’s libido that drives the picture, an unstoppable force of nature that will eventually destroy everyone and everything in its path. Hedlund clearly understands this, breathing to life a character that represents the best and worst the American Dream has to offer.

Salles has a strong sense of this time and place, every diner, dive bar and state highway the Truman era come to vibrant life. Peppered with beautiful tracking shots of Western landscapes and magic-hour sunsets by cinematographer Eric Gautier, the film could not be better made. Unfortunately, a film without a narrative purpose feels like a shallow act, and soon enough watching purposeless characters continue down that road over and over becomes tiresome. Add to that a character change in the film’s third act that’s poorly handled, and you’ll almost feel guilty looking at your watch waiting for it all to end. Kristen Stewart should gain some non-Twilight followers thanks to her very physical, interesting performance. Stewart’s Marylou and Hedlund’s Dean have palpable chemistry, providing a sexiness to the proceedings that’s rather unexpected and one of the more engaging recurrences here. Viggo Mortensen and Amy Adams shine briefly as the represented William Burroughs and wife Joan Vollmer, but do little to move anything forward storywise.

In their defense, there’s no real story to move forward. Each scene is independent of any bigger picture. That nearly each and every scene is well done and well-performed cannot help this sad fact. Jose Rivera is smart in what it takes from, leaves in and adds to the book, though perhaps not smart enough. Because Sal, our hero, is passive, we are passive in watching him. And despite all of the flavor Dean and Marylou provide (not to mention Kirsten Dunst‘s emotional anchor of the film, playing Dean’s suffering wife), this passivity and general lack of cohesiveness drown this impressive failure.