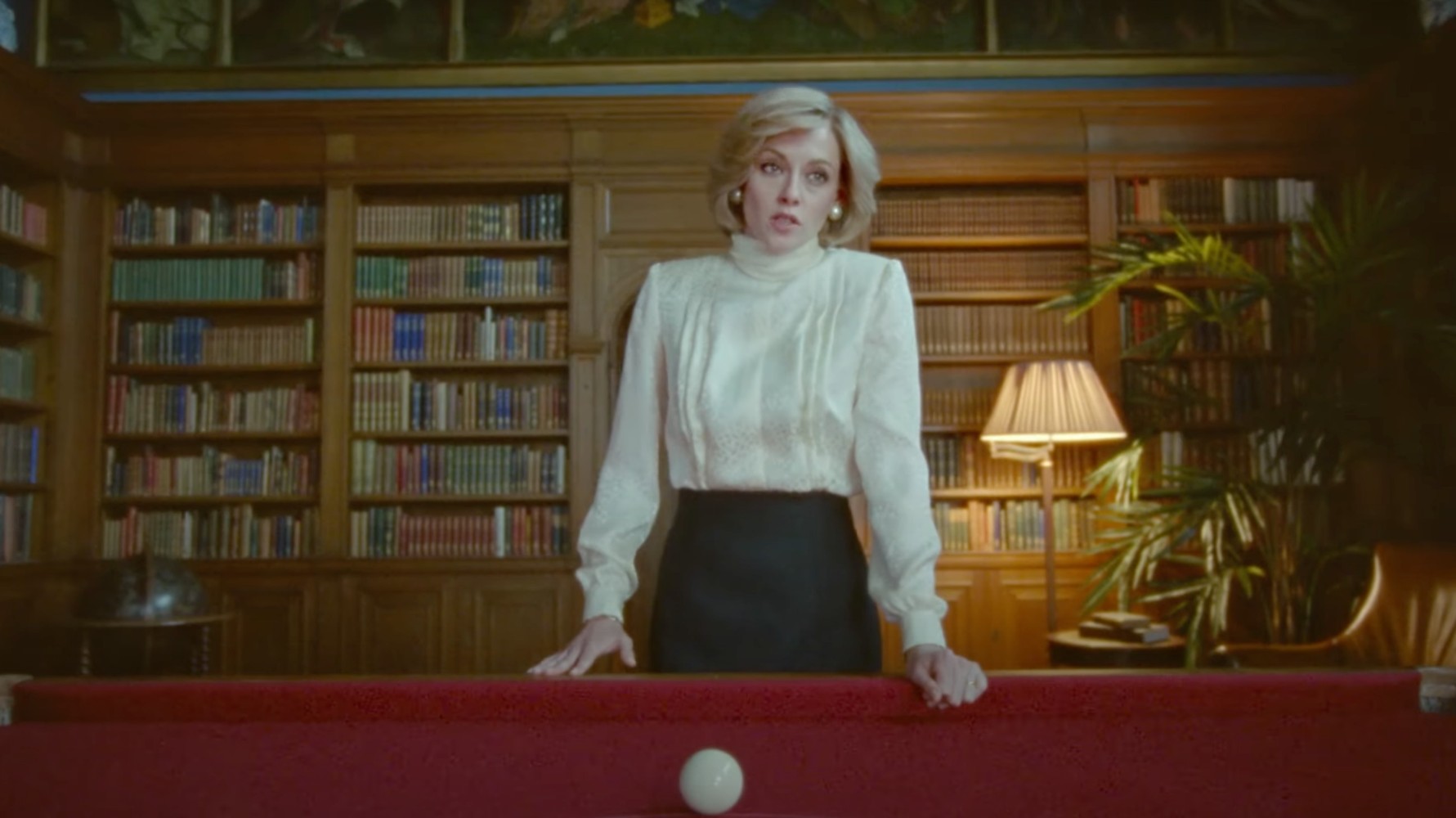 A Kristen Stewart-led Princess Diana don’t-call-it-a-biopic-because-it’s-only-set-in-a-small-period-of-time-we-obviously-mustn’t-take-as-an-encapsulation-of-her-life from the director of Jackie is, er, something about which we had certain questions. But we were mostly with Spencer, which follows Diana as she spends the Christmas holiday with the royal family at the Sandringham estate in Norfolk, during which time she decides to end her marriage to Prince Charles. With a festival run mostly behind and theatrical premiere kicking off November 5, we have a full trailer.

As David Katz said in our review, “Larraín once again swipes from more original filmmakers (Lanthimos, and Kubrick with the score and production design), and his swings for profundity end up stranded in camp. But this is a film that will potentially delight, challenge, and force its wide target audience to take seriously on its own terms.”