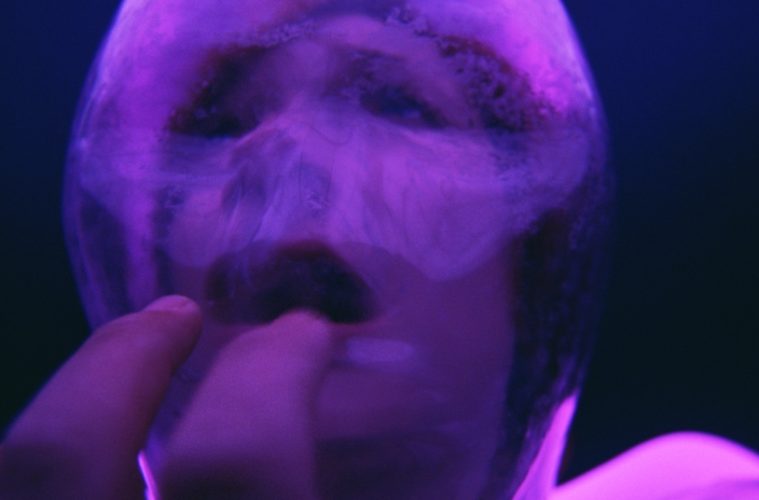 A lot of fires burn in Ryan Gosling’s Lost River, consuming the wreckage of houses left standing in America After The Recession. Those images can certainly be striking — houses covered in fire will always look interesting — but that doesn’t mean Gosling is creating images that are potent or which speak to his film’s themes, characters, or really anything. Lost River is little more than “cool shots, bro.”

Did anyone expect better? Gosling has never been an actor so much as he’s been An Actor. He makes Serious Choices in his movies, ensuring that you notice him Doing Something. (The often-remarked-upon stunt in Blue Valentine at the Manhattan Bridge is an ambitious one indeed, but it also goes against the entire psychology of that character.) In this sense, his directorial debut naturally carries over from his style of acting, in addition to cribbing from many he’s recently worked with — a Derek Cianfrance tracking shot, a Nicolas Winding Refn intensley-lit corridor, a Malick child-wonderment montage — to, again, make sure you know Lost River has been directed. It’s not that Gosling shouldn’t take from visually interesting directors — that certainly puts him a step above most of the bland debuts by actors who’d opted for some shot-reverse shots — but Gosling’s images hold little resonance within the narrative he spins.

And what a narrative! For a while, Lost River aspires to be little more than an awkward mix of rural poverty and morbid fairy tale, the moody cousin to Beasts of the Southern Wild (if just as intolerable). We watch a five-year-old, Franky, run around in the grass while his single mother, Billy (Christina Hendricks), works as a waitress at a strip club and his older brother, Bones (Iain De Caestecker), tears down abandoned homes for scrap. It’s a shit town where everyone is abandoning ship, save for the goth girl, Rat (Saoirse Ronan), who lives next door and has, um, a pet rat, while also playing sad, Regina Spektor-style songs about how she just needs a man to come rescue her. It’s obvious that Bones and Rat will form a relationship, despite having nothing that unites them beyond convenience of location; their sudden dance sequence at an abandoned warehouse is a pretty gesture sure to wow without any emotion defined by the two characters doing them.

Meanwhile, Billy is forced by a super-creepy bank manager, Dave (Ben Mendelsohn), into a “good job” that will help them catch up with their rent: a performance-sex-death-demon parlor that makes Eyes Wide Shut’s ritual orgy seem downright passé. It would be one thing to mock it for simply being bizarre, but the real issue is that the tension between Dave and Billy is at once very obvious — as he says, “I got a problem: I need to fuck” — and even worse, dramatically flat. There’s nothing being built between these characters: no rising action or dramatic tension, only a start and a climax that takes place inside a purple-lit, James Turrell-esque installation where Billy is locked in a claustrophobic chamber where patrons can… berate her but not touch her? (“A potent metaphor for masculine expression,” someone is probably writing.) And that’s before Mendelsohn begins break-dancing. Meanwhile, Billy is hunted by a man known only as Bully, who has a pimpmobile and shouts “Look at my muscles” more times than James Franco shouted his mantra, “Look at my shit,” in Spring Breakers, and later asks Rat if “her rat has ever been touched” (in case you didn’t get that he’s Creepy). There’s also the titular Lost River, a reservoir where flooded towns sit below, complete with a dinosaur theme park that, if resurrected, will break an evil spell cast on the town. And there’s Rat’s grandmother, who has silently sat for decades while watching a home movie of her wedding. And there’s Eva Mendes getting stabbed over and over. And there’s Hendricks cutting her own face. And there’s the magical taxi driver who talks about how the dreams of America and getting rich are a false promise. And then there’s that Johnny Jewel score, which is half ominous tones of evil and half uplifting, Drive-style techno.

This is to say that Lost River is a dumb movie. It’s not dumb because it’s a weird movie where crazy things happen, or because Gosling is reveling in weirdness for the sake of weirdness — David Lynch made a career out of that (he also explores the meaning of that weirdness) — but mostly because Gosling has taken a really droll and standard plot, added a bunch of weird images, and expects the combination to somehow create a miracle. Instead of spinning out of control, Lost River becomes a good ol’ story of how family can redeem us in an age where America Has Lost Its Values. Gosling seems committed to his project — good! — but he’s not committed to filmmaking: he’s committed to coming-of-age romance, really weird violence, daddy issues, sexual torment, and cool burning fires. That’s not filmmaking.

Lost River premiered at Cannes Film Festival and will be released by Warner Bros.