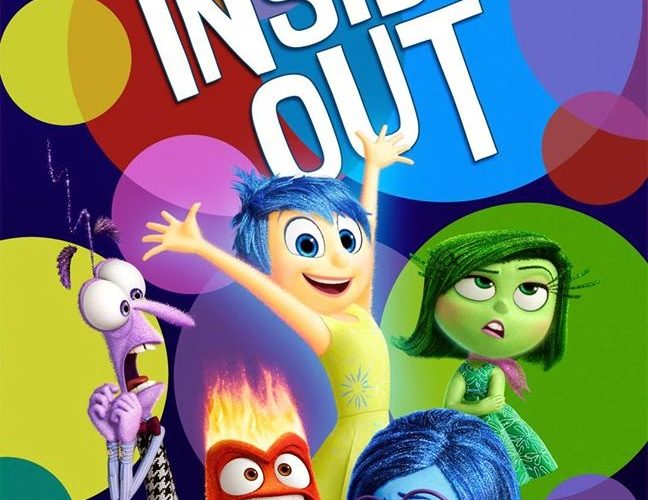 [Cannes Review] Inside Out

Ever since Disney and Pixar announced that they’d begun working on Inside Out, it was clear that the concept had a wealth of of potential. This, despite the studio experiencing its first bad run of form at the time. Cars 2 had underperformed at the box office, Monsters University failed to live up to its predecessor. Indeed, if the house that Pixar built had lost its sheen, this high-concept idea seemed to be offering a new lick of paint. As it happened, despite some visual irregularities, Inside Out (directed by Pete Docter of Up fame) isn’t just a step in the right direction or simply a return to form; it’s amongst the smartest, funniest, and saddest films in the studio’s history.

Concept is essential. The story plays out largely inside the head of a young girl called Riley (Kaitlyn Dias), and it’s here that we meet her five key emotions: Joy (Amy Poehler), Sadness (Phyllis Smith), Disgust (Mindy Kaling), Fear (Bill Hader), and Anger (Lewis Black). A control desk in the middle of this, a headquarters, allows them to control her emotional responses. Her reactions in the real world are determined by whichever emotion is in control — and, luckily for Riley, that’s mostly Joy, fun incarnate. Headache-inducing, perhaps, but eminently likable as voiced by Poehler.

Every day the team takes in a large shelf of memories that look like big, glowing bowling balls. Each memory is then colored to match the emotion that defines it. These are sent out to the vast expanses of long-term memory outside the control room at the end of the day, but, every once in a while, a core memory is formed. These marbles go into a core hatch in the middle of the room, resulting in large “personality islands” forming in the expanse outside — Family Island, Friends Island, Ice Hockey Island, and so on and so forth. Docter then follows the girl’s life from birth to adolescence, centering on a dramatic shift in her human experience when her parents (Kyle MacLachlan and Diane Lane) decide to move. Comparisons have already been made to Miyazaki’s Spirited Away, another film that uses extraordinary events to help a girl grow up as her family moves. Riley’s parents move from Minnesota to an uncharacteristically grey street in San Francisco. Simultaneously inside her head, Joy and Sadness find themselves adrift in long-term memory, leaving Fear, Anger, and Disgust to man the rudder. And it’s in these moments that everything seems to click, both inside and out. Docter and his team have stuffed every little moment in the brain world with great ideas and gags. At one point, Joy trips over a box of cards labeled “facts” and “opinions,” noting how the two look exactly the same. The work drones out in long-term memory and they get their kicks by constantly sending an annoying TV medley into the girl’s head. A trip through the abstract thought room — the film’s most bravado visual moment — recalls Mr. Potato Head’s Picasso joke in Toy Story, another quintessential Pixar gag for all ages.

These kinds of things used to be synonymous with the studio — almost a given, the jewels on its animation crown. Inside Out might not be in the same bracket as Toy Story, Wall-E, and Up, but it is still more than simply a return to their glory days. It is a thoroughly funny, sad, and profound piece of work, with plenty of comforting things to say about growing up and feeling down. The Cannes crowd was rapturous. One can only imagine the effect it might have on a young child.

Inside Out premiered at Cannes Film Festival and opens on June 19th. See our coverage below.