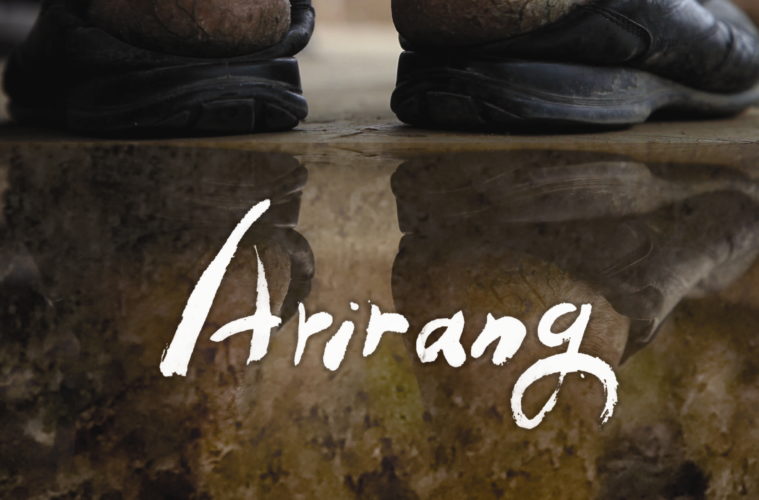 Arirang is unlike any film that is playing at Cannes this year. Shot entirely by the Korean auteur Kim Ki-duk himself in a desolate cabin using a Canon Mark II, the film is a self portrait of a struggling artist coming to terms with some seriously personal issues. It helps to know a little about Kim Ki-duk going into the film, if not its likely Arirang will not make much sense and lose much of it’s impact. The director is one of Korea’s most highly regarded filmmakers and also one of the most prolific, making a total of 15 films since 1996. In 2008, during the production of his last feature film Dream, the main actress nearly suffered a fatal injury but was narrowly saved by Ki-duk. The incident tremendously traumatized the director and he went into hiding, disappearing off the face of the Earth. Arirang is the deeply emotional diary of Ki-duk in a state of artistic despair as he tries to come to terms with the meaning of cinema and his own life. Not making a movie in three years in the American film industry is merely a blip for a directors career, but in Asia it can seem like a lifetime. For Ki-duk, the accident that occurred during Dream affected him so much that he began to question the purpose of his films and how a movie should never risk a human life. This was further escalated due to his devout appreciation for life as a Buddhist. So, the filmmaker confined himself in a small cabin located in the isolated hills of a small Korean town, living like a hermit. Living minimally by collecting water from rain or snow, custom building a cappuccino machine from scratch and going to the bathroom in the heart of nature, the only out of place objects in the cabin is Ki-duk’s Apple computer and monitor.  With the urge to release his pain and anguish and with the withdrawal of not having made a film in years, the director begins to document his mundane surroundings by himself confessing his inner turmoil to the camera.

It’s unfortunate that Arirang is immediately disarming and difficult to absorb, as there’s no denying a certain amateur quality to the manner in which the film is presented. It’s the type of thing you’d expect to see from a video blog, which in many ways is what the film is. Ki-duk even says to himself, that he doesn’t care what people think of the film or if they think it’s boring, because it’s something he needed to get off his chest for himself.  This is tough to deal with as the audience, especially considering his pedigree of films are so beautiful and cinematic. But Arirang is Ki-duk at his most raw and oftentimes the film becomes a chore. In my opinion, the film should be released for free online since it’s the kind that most people would not want to pay for.

Despite the tough wrapper in which the film is presented, there is still much to chew on from Ki-duk’s pontifications on the philosophy of cinema. Also, credit must be given to the fact that Ki-duk literally does everything himself in this film and there are moments which are both beautiful and zen. There is a specific moment where the director watches himself in the most painful scene from Spring, Summer, Fall, Winter and Spring, where he climbed a mountain in the dead of winter shirtless and with a heavy stone attached to his waist to deliver a Buddha statue. The director breaks down and its hard not to feel his emotional pain. Still, the film can never escape the foreboding state of depression the filmmaker finds himself in, especially when questioning his own films as being derived from  his own inferiority complexes. The one positive message of hope in Arirang is that it seems to have awoken the director from a deep slumber and hopefully he will continue to make the kind of films that made him famous in the first place.