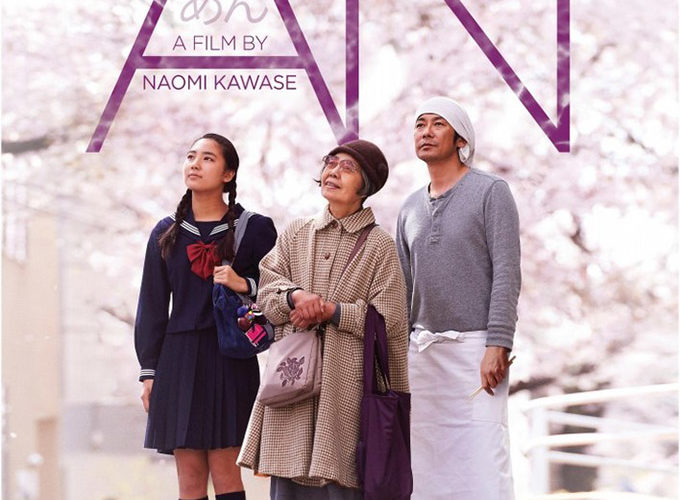 Festival programming is more often than not fraught with ulterior considerations. Which is why so much is being read into symbolic placements such as the opening film. In the case of Cannes, that applies not only to the competition, but also the sidebar sections, led by Un Certain Regard. Since it’s generally perceived as a “downgrade” when new works by popular auteurs previously invited to the competition are shown instead in UCR, the added prestige of opening the section is often seen as a compensatory gesture. This happened with Gus Van Sant and Sofia Coppola among others. This year, it also looked like An by Cannes mainstay Naomi Kawase is getting a pat on the back for being inferior to Still the Water, which just competed for the Palme d’Or last year. As it turns out, An is in many ways superior to the island-set existential drama and definitely a more enjoyable watch. It might just not be high-brow enough for a loftier slot in the lineup.

The movie opens with a middle-aged man getting up to work. His is a one-man enterprise that sells dorayaki’s, a beloved Japanese confection made up of red bean paste wrapped between two bell-shaped pieces of pancakes. Wordlessly, he gets everything ready. And as soon as the dough hits the pan, a sweet aroma fills up the entire screen. You could hardly imagine a more endorphin-inducing working environment, but from the man’s posture and expressions, you get the distinct impression he’s not enjoying himself at all. The story essentially begins as the reluctant pastry chef Sentaro (played by Masatoshi Nagase) is visited by an unlikely applicant for part-time help, the 76-year-old woman Tokue (Kiki Kirin), whose difficult past will slowly come to light and alter the younger man’s outlook on life.

Building on the premise of a gastronomical revamp to encompass personal histories and a reflection on public health policies, the movie proves surprisingly substantial. To be sure, Kawase’s trademark penchant for abstract spiritual musings are very much still there. Shots of the sky, cherry blossoms, sunshine filtered through wind-swept branches are interspersed throughout the picture. But unlike Still the Water, which erred decidedly on the flimsy side to come across as somewhat pretentious and self-important, there’s a solid human core to the relationship portrayed here that gives the blank, meditative pauses a degree of weight and context. Especially after the truth about Tokue’s conspicuously deformed hands are revealed, these adoring, at times downright fetishistic looks at nature acquire a whole new level of meaning. Not only do they remind us of the transience of all things innocent, they also speak volumes about a character so stricken by destiny as to appreciate every passing moment of beauty.

Contributing immeasurably to this empathetic tone is Kiki’s soulful, splendidly unaffected performance. Playing someone with a sad secret to guard and a militantly cheerful exterior as defense, this portrayal could have gone off the sappy or the farcical end so easily. Instead, she succeeds in first tricking you into seeing this harmlessly wacky old lady who talks to red beans and greets birds, then smacks you awake with a lucidly unsentimental side free of self-delusion or -pity. It’s a testament to the precision and dignity of her performance that a couple of monologues delivered towards the end of the movie, blatantly targeted at your tear ducts as they are, hit every note with but the minimal trace of exploitation. Masatoshi has the less showy role but holds up his part of the duet with commendable restraint. On the whole, An is probably still not for those with a low sugar-tolerance in film. The borderline food-porn level of scrutiny afforded to the steaming sweets combined with the inherent schmalz of the subject matter could conceivably send them into shock. That said, it remains a well-crafted mainstream effort with accessible emotions and that whiff of Kawase-que zen. In terms of artistic aspirations, it aims a little lower, but at any given point, it feels honest and earthily relatable, which is actually more than one can say about many of the high-minded competition films.

An (Sweet Bean) premiered at Cannes Film Festival. See our complete coverage below.