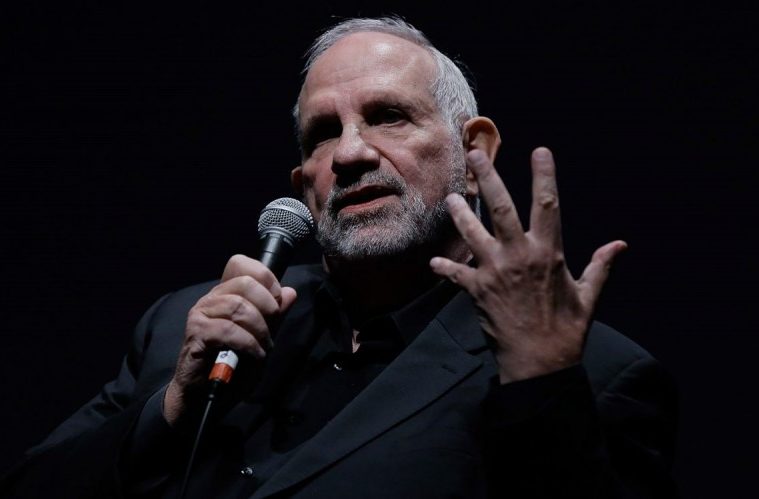 Writer-director Brian De Palma – known best for his direction on the iconic Carrie, Mission: Impossible, and Scarface, but deserves appreciation for the rest of his perhaps overlooked career – will be making his return to the horror genre, and it’s sure to stir up some controversy. In a recent conversation with the French publication Le Parisien, he explained that his newest horror project will be inspired by Harvey Weinstein. This, of course, comes in light of Weinstein’s recently exposed sexual abuse that has created a firestorm of other public revelations throughout the industry and beyond.

“I am writing a film about this scandal, which I am currently discussing with a French producer. My character will not be called Harvey Weinstein,” he says. “But it will be a horror movie, with a sexual aggressor, and it will happen in the film industry.”

Update: De Palma also tells Le Point that the film, which will be produced by Saïd Ben Saïd, will take place during the Toronto International Film Festival, reminiscent of his 2002 thriller Femme Fatale, which took place at Cannes Film Festival. Production could begin as early as next summer for the film titled Predator, Deadline reports.

While de Palma didn’t offer additional details on this project, he did shed some light on the dismal completion of his newest crime thriller Domino, which he does say turned out “very good.” When asked about the actual production of the film, he described the process as a “horrible experience.” He went on to explain, “The film was underfunded, it was far behind, the producer did not stop lying to us and did not pay some of my staff. I do not know at all if this feature will be released.”

The highly-anticipated Domino stars Nikolaj Coster-Waldau, Carice van Houten, and Guy Pearce and is currently in post-production. After being rumored for Cannes, hopefully those involved can figure out the behind-the-scenes issues in time for a fall festival premiere.