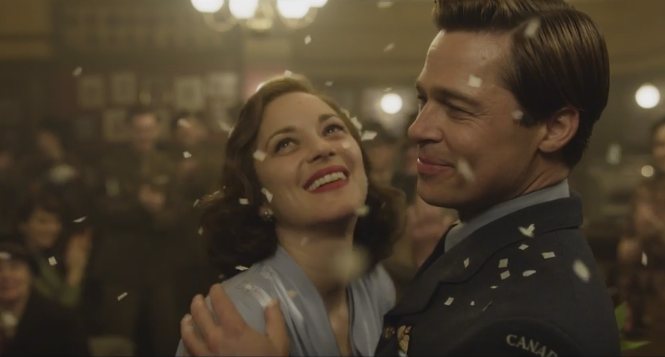 After a few brief teasers, the full-length trailer for Robert Zemeckis‘ romantic thriller Allied has now arrived. Led by Brad Pitt and Marion Cotillard, the WWII period film follows the former as an intelligence officer who encounters a French Resistance fighter (Cotillard) and falls in love, but things are not quite as they seem as allegiances are questioned.

This new trailer primarily still focuses on the main relationship, but for the first time, some of our supporting characters come into play. Zemeckis has always been well-attuned to deliver thrills alongside some palpable drama and he looks to be on point once again here, so hopefully it’s a Thanksgiving treat.

Check out the new full-length trailer below for the film also starring Lizzy Caplan and Matthew Goode:

“ALLIED” is the story of intelligence officer Max Vatan (Pitt), who in 1942 North Africa encounters French Resistance fighter Marianne Beausejour (Cotillard) on a deadly mission behind enemy lines. Reunited in London, their relationship is threatened by the extreme pressures of the war.