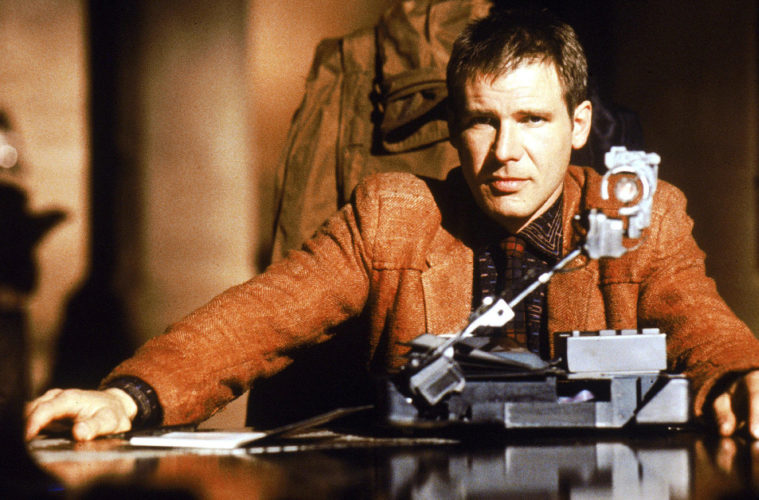 Laura Palmer (Sheryl Lee) will be involved in the new Twin Peaks episodes, according to the actress.

The BFI will re-release Ridley Scott’s Blade Runner: The Final Cut in the UK on April 3rd, 2015, Screen Daily reports.

Watch a 30-minute talk with the legendary Frederick Wiseman.

At The Dissolve, Mike D’Angelo on the rational wonders of Christopher Nolan:

In Nolan’s world, even when we don’t understand what’s going on, that’s always our own doing. His second feature, Memento (2000), is a masterful study in deliberate self-delusion, though that only becomes apparent in the film’s final moments. Leonard (Guy Pearce) suffers from anterograde amnesia—a real condition, significantly, albeit a fairly rare one—and spends most of the movie insisting that his inability to create new memories is irrelevant, because memory is inherently unreliable. Leonard doesn’t actually haul out studies demonstrating how badly people can fool themselves, and Memento isn’t even remotely a social-issue drama, but its skeptical take on the nature of memory reflects the work of groundbreaking researchers like Elizabeth Loftus concerning the ease with which we confabulate. In the real world, dozens of innocent, loving parents and teachers wound up in jail in the 1980s and ’90s because authorities took hazy recollection as gospel. In Memento, Joe Pantoliano’s Teddy is killed when Leonard intentionally misleads himself, planting a false clue while knowing he’ll almost immediately forget having done so. Memories can’t be touched, weighed, dissected, verified. For Nolan, therefore, they aren’t to be trusted.

Listen to a 45-minute conversation between Isabelle Huppert and Kim Cattrall, courtesy of The Talkhouse: