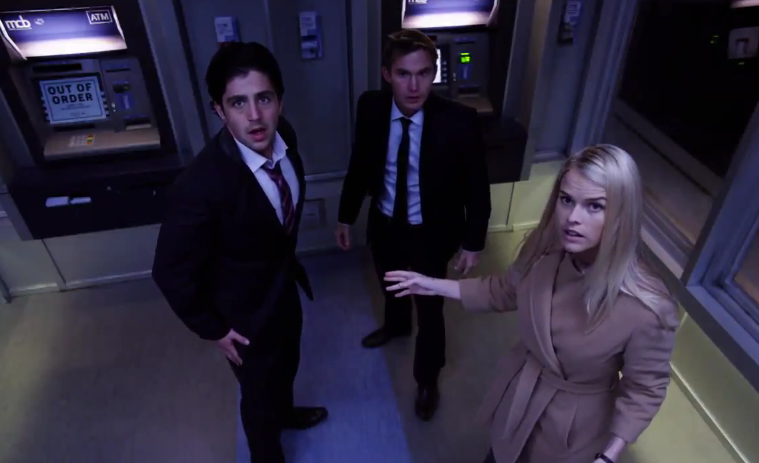 I seem to be square in the minority when it comes to the Ryan Reynolds-starring one-coffin film Buried. Director Rodrigo Cortés keep it inventive with different camera angles and techniques, but I thought Chris Sparling‘s script was poor, especially when it came to the supporting characters. The screenwriter has a new film and is keeping with the same restrictions.

Directed by David Brooks, ATM stars The Hurt Locker‘s Brian Geraghty, She’s Out of My League and upcoming Star Trek 2 star Alice Eve, as well as The Wackness‘ Josh Peck. The story follows the trio trapped in an ATM kiosk in the middle of an empty parking lot. With a new trailer via IMDb, the film doesn’t have the polish of Buried (looking even more low-budget), but I’m a sucker for these gimmicky concepts. I enjoyed the one-chairlift film Frozen and I hope the team here can keep things interesting for the entire runtime. Just please, don’t be anything like P2. Check out the trailer below.

On a late night visit to an ATM, three coworkers end up in a desperate fight for their lives when they become trapped by an unknown man.

ATM will arrive this year via IFC Midnight.

Update: The distributor officially announced a VOD release of  March 2nd, before a theatrical debut on April 6th, 2012.