All Movie Theaters in NYC and LA Ordered to Close; What Does it Mean for Indie Film? 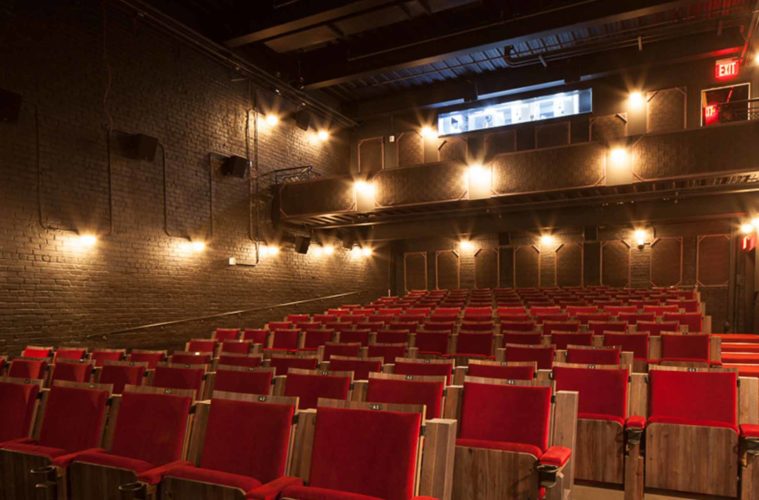 While a number of arthouse movie theaters, mostly in NYC, began closing their doors starting last Thursday, an unprecedented step has now been taken to combat the spread of the coronavirus: all movie theaters in New York City and Los Angeles have been ordered to shut down. New York Mayor Bill de Blasio and Los Angeles Mayor Eric Garcetti made the decisions late last night, while also putting restrictions on other entertainment venues. Restaurants, bars, and cafes will also only be able to provide food delivery and take-out.

With these theater closures, the question remains: will any company want to theatrically release their new films over the next few months? We’ve already seen widespread postponements when it comes to studio tentpoles (from A Quiet Place: Part II to Mulan to No Time to Die to F9), but the indie distributors have been a bit less forthcoming about their plans in a rapidly evolving situation.

Last week, the release of Heimat is a Space in Time was indefinitely delayed due to NYC’s Anthology Film Archives suspending screenings and Magnolia pushed Slay the Dragon to next month, but every other indie film on the calendar went ahead with their release. The most notable of the bunch, Eliza Hittman’s Never Rarely Sometimes Always, earned $18,404 for a $4,601 per-theater-average–not quite the desired debut for one of the most acclaimed films of the year. Overall, the total box-office hit a 20-year low with a combined $55.3 million–which neared the previous low of a slow weekend in mid-September 2000 which was $54.5 million, still around $83 million in today’s dollars when adjusted for inflation. Centers for Disease Control and Prevention also advised yesterday that all events with 50+ people should be called off for the next two months, a category which movie theaters certainly fall into despite 50% capacity social distancing measures. (As of this morning, AMC has now capped all screenings at 50 people in another preventive measure.)

As we look to the weeks ahead when it comes to independent films, IFC has pushed Hirokazu Kore-eda’s The Truth, scheduled for a limited debut this Friday, to a TBD summer slot, but many other films remain on the calendar for now. Just a few days ago, the team behind The Climb, set to arrive this Friday from Sony Pictures Classics, were pushing ahead with their theatrical release, but with no theaters in NYC or LA now able to open the film, we can only imagine those plans will be readjusted. (Update: Sony Pictures Classics has announced The Climb has been postponed.)

The same predicament applies to a number of other arthouse titles expected to arrive over the next few weeks, including Deerskin, Bull, Charm City Kings, Martin Eden, Promising Young Woman, Shirley, True History of the Kelly Gang, Radioactive, and The Painted Bird–not to mention a number of films set to expand across the country in cities which could also see shutdowns, including Bacurau, First Cow, and the aforementioned Never Rarely Sometimes Always. A24’s wide release of Saint Maud, as of this writing set for an April 10 debut, also poses an unprecedented question: if NYC and LA theaters aren’t part of the box office equation, is a release still in the cards? It’ll be difficult to justify with no audience from likely the two biggest markets.

Films like the Jesse Eisenberg-led Vivarium, which is currently set for a day-and-date theatrical and VOD release on March 27 via Saban Films, could certainly push ahead with just the latter component of the release. Other companies are also rethinking their release strategy for films that had a digital release element. The Pete Davidson dramedy Big Time Adolescence was set to have a theatrical-only release last Friday, March 13, followed by a Hulu release on March 20. That Hulu release was pushed up to March 13 and it’s now available to stream. Events like Museum of the Moving Image’s First Look Festival are also thinking on the fly, offering one of their premieres, If We Say That We Are Friends, up on Vimeo, which was followed by an online discussion with filmmaker Yaara Sumeruk.

While many are calling for VOD-only releases of films previously set for only a theatrical run, our friend Kristy Puchko makes a strong argument: even if the demand is high right now for home viewing, by flooding the market with new titles that barely have had a marketing campaign–or a virtually non-existent one when it comes to many festival films whose premieres were canceled–they could easily get immediately lost in the shuffle. Even far before this pandemic, we’ve already seen it happen to a great number of smaller, stellar films that simply get gobbled up by Netflix or another streaming platform and then released with little fanfare. Now, imagine that for 95% of independent films over the next few months and one may rethink their stance calling for this kind of online-friendly release plan.

It’s a strange, scary time for the world and certainly for those who have a considerable investment in the art form we love. The companies releasing films will have to adjust and adapt, but here’s hoping they can find a way to preserve the vital cultural conversation surrounding the release of their respective films. This even means waiting a few months to give the proper theatrical roll-out for a movie to truly make its mark–or at least have the chance to.