Sundance Review: ‘Big Time Adolescence’ is an Entertaining Journey About Growing Up Too Fast 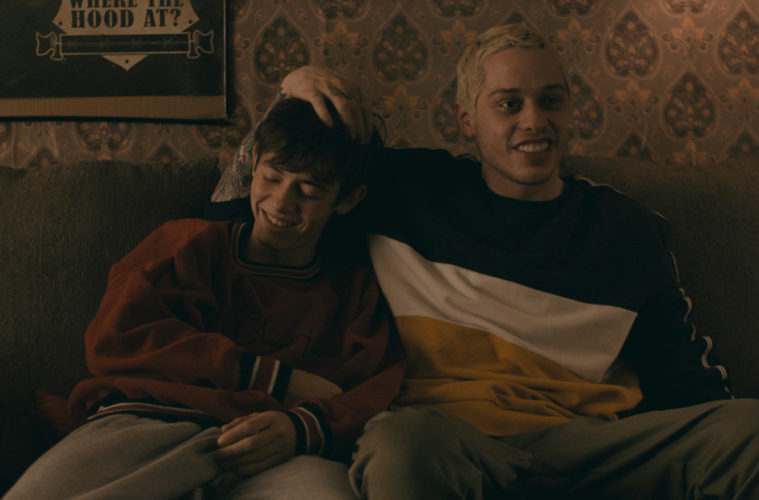 Everyone knows that one person from high school who is still living vicariously through the memories of a better past, perpetually talking about how they are “almost” going to follow through with the few dreams they may have, but instead giving into the vices carried through from their “prime.” In his first leading role that fits better than Cinderella’s glass slipper, Pete Davidson plays the ultimate version of this burnout character. Taking the scene-stealing supporting role of Zeke, Big Time Adolescence follows Davidson’s character as he continues a friendship with his ex-girlfriend’s younger brother, Mo (Griffin Gluck) in an entertaining if familiar journey about growing up far too fast.

Rather than spending time with his dad (Jon Cryer) or the high school friends that he doesn’t have, the 16-year-old Mo spends virtually every moment of his free time with Zeke. Their activities include getting high, drinking homerun cocktails (think every kind of alcohol mixed in with a few drugs), playing videogames, and listening to music in abandoned parking lots or Zeke’s man-cave apartment. When word gets around of Mo’s drug hook-up connection with Zeke, the latter smoothly convinces him to start dealing his stash at local high school parties. As this enterprise escalates, Mo finds new confidence; girls are more attracted to him and seniors want to be his friend, but as the audience, it’s easy to see through these feigned, transactional relationships.

The film’s comedic pull rests on Davidson’s grimy likability and he more than pulls it off, a major step up after his misguided brief turn in Set It Up. Taking the same steps of many Saturday Night Live members before him, Big Time Adolescence feels like a comfortable next step for the comedian, who is very much playing in his wheelhouse here. With his big smile and a heavy dose of tattoos, Davidson has a winning charm and the film is like watching some ill-advised joy riding turn into an inevitable car crash. With Zeke’s fast-talking appeal and the numerous laughs he doles out, we are just as pulled into this fleeting lifestyle as Mo is, but Jason Orley isn’t glorifying his way of life. The writer-director also gives the 23-year-old character a bit of retribution as we see an underlying emptiness to his actions. Through Zeke’s stupidity, he loses those closest to him, forced to sing alone at a local karaoke bar and work at a local fast-food chain, with little hopes of a better future.

One wishes the film got a bit deeper with the female characters (played by Oona Laurence and Sydney Sweeney), but it instead finds a center of morality with Cryer’s character, who gives his son enough rope to hang himself with while still showing fatherly love. As the fun hits a brick wall, the film doesn’t quite have the pathos of other coming-of-age stories like The Edge of Seventeen, more focused on selling the amiable, Superbad-esque hang out vibe that is so attuned to Davidson’s brand of comedy, but when it is time for some comeuppance, it’s easy to feel for both Mo and Zeke. After playing the perfect burnout here, one wonders how much new territory Davidson can mine in Judd Apatow’s forthcoming semi-autobiographical film.

Big Time Adolescence premiered at the Sundance Film Festival and opens on March 13, 2020.