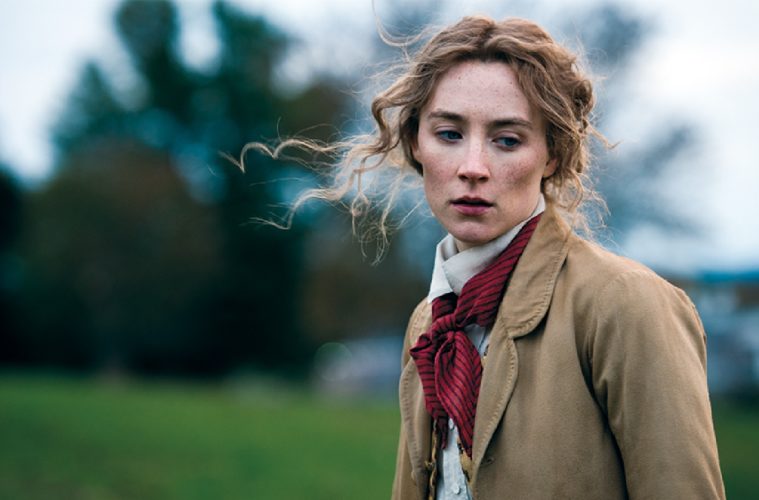 War is a cataclysm that scars everything in its proximity. From the bodies and psyches of the people who must fight in it, to the towns and cities that happen to be in its wake, down to the very land itself, the churn of battle destroys everything without remorse, consideration, or mercy. No movie interested in exploring the realities of war avoids these facts, but it is possible that no film in recent memory evidences this truth better than 1917. – Brian R. (full review)

Everyone knows that one person from high school who is still living vicariously through the memories of a better past, perpetually talking about how they are “almost” going to follow through with the few dreams they may have, but instead giving into the vices carried through from their “prime.” In his first leading role that fits better than Cinderella’s glass slipper, Pete Davidson plays the ultimate version of this burnout character. Taking the scene-stealing supporting role of Zeke, Big Time Adolescence follows Davidson’s character as he continues a friendship with his ex-girlfriend’s younger brother, Mo (Griffin Gluck) in an entertaining if familiar journey about growing up far too fast. – Jordan R. (full review)

If one is seeing some existential cinema to ponder the truths of humanity during our current global crisis, The Criterion Channel is putting the spotlight on Russian master Andrei Tarkovsky. The series features his 46-minute “diploma film” at State Institute of Cinematography, The Steamroller and the Violin, as well as the features Ivan’s Childhood, Andrei Rublev, Solaris, The Mirror, Stalker, Nostalghia, and The Sacrifice.

Though living nearly a century-and-a-half apart, there’s a shared fierce independence between the protagonists of Greta Gerwig’s two solo directorial features, Lady Bird and Little Women. Lady Bird McPherson and Jo March, both played perfectly by Saoirse Ronan, have their sights set on a higher calling, a burning desire to make an impact far beyond their small community and rebel against the social pressures set upon them. While Gerwig shows a sincere attentiveness to the emotional rhythms of a coming-of-age story in both, these are also tales about family, specifically how those bonds stay unbroken in life’s most devastating and joyous moments. Through a revisionist lens and rather radical structural approach, Gerwig updates Louisa May Alcott’s 1860s novel with a loving embrace, expanding its ideas of authorship and womanhood for a 21st-century audience without modernizing these themes to the point of strained didacticism. Considering how it recalibrates and dissects its source text, Little Women may be better-suited for those equipped with familiarity of the story–at least on first viewing–but the culminating effect is a whole-hearted love letter to memory, family, and finding one’s own version of independence within the constraints of 19th-century society. – Jordan R. (full review)

There’s a preternatural feel to the opening sequences of Monos, the brutal, unflinching third film from Colombian-Ecuadorian filmmaker Alejandro Landes (Cocalero, Porfirio). As if we’re floating through clouds at the edge of the world, we witness a group of children, blindfolded, playing soccer, the fear instilled that a misaimed kick could send the ball hurling into the unknown oblivion below. With information patiently, sparingly doled out–even up until the final moments–we learn this tight-knit clan is, in fact, a rebel group in the mountains of Latin America, sporadically visited by a commander but mostly given orders through a radio. Left to their own devices, the two most crucial responsibilities they are given are to care for a cow named Shakira and oversee a kidnapped American engineer, only referred to as Doctora (Julianne Nicholson). – Jordan R. (full review)

Few actors have so thoroughly pursued artistic greatness throughout their entire careers as Tilda Swinton. During the early part of her filmmaking days, alongside working with the likes of Derek Jarman, she also delivered one of her best roles in Sally Potter’s Orlando. With Virginia Woolf’s 1928 novel as the foundation, this period piece explores gender roles and identity in this ambitious story of love captured with a submline, dreamy touch. – Jordan R.

Although the “Horror” segment of Poison is more easily identifiable as a conventional, well, horror film–especially for playing up the kitsch of low-budget B-movies from the 1950s–Safe might be his horror masterpiece. His tale of a 1980s housewife who becomes allergic to her suburban world is chilling in its articulation of anxiety and alienation, one that is at once universal and capitalizes on specificity. Though there are no out queer characters in the film, Haynes’s use of the housewife archetype, Carol (Julianne Moore), lets him mine gay culture to present a form of estrangement that feels especially potent for queer people. While its coldness and austerity lends an Antonioni-esque and Kubrickian feel, the brand of dread and isolation (identity as social construct) belongs only to Mr. Haynes. – Kyle T. (full feature)

There’s perhaps no genre Danny Boyle can’t work within. On the opposite spectrum from his darker works, Yesterday is a flawed yet mostly effective light and fluffy departure, examining stardom in a post-Beatles world in which fledging alt-rocker Jack Malik (Hamish Patel) become the vessel for spreading love, joy, and sonic harmony. While the film provides the kind of comfortable formulaic delight that screenwriter Richard Curtis has built his 40-year career on, it’s not destined to be an oft-rewatchable gem like so many of his previous efforts, such as Love Actually, Notting Hill, and Four Weddings and a Funeral–nor may it inspire younger viewers to revisit The Beatles catalog. – John F. (full review)