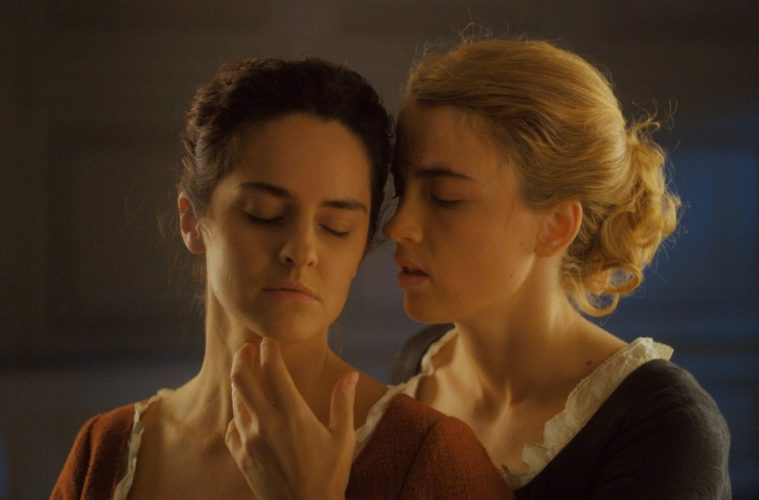 Tomboy and Girlhood director Céline Sciamma returned this year with one of the toasts of Cannes Film Festival, her Best Screenplay winner Portrait of a Lady on Fire. Starring Adèle Haenel and Noémie Merlant, the film follows a woman who is tasked with painting a wedding portrait of a bride-to-be, and an unexpected romance blossoms. Set for a release in the U.S. this December, the first trailer has now arrived courtesy of Madman Films, the distributor in Australia, where the film will also debut the same month.

Leonardo Goi said in his Cannes review, “Portrait of a Lady on Fire is a film of incandescent scenes and staggering wonder. It is a love story whose tragic finale is telegraphed in the very first shot and yet still feels unbearably painful when it is conjured. Its beauty resides, like few other films, in its timelessness. This a period piece that chronicles a week in the lives of two 18th century women and still feels eerily present, because the story it narrates, and the myths it harkens back to, have always been there. It’s a film that homes in on two characters and yet doesn’t feel minimalist in the slightest, but expansive in scope.”

See the trailer below with a hat tip to First Showing.

Brittany, France, 1760. Marianne, a painter, is commissioned to do the wedding portrait of Héloïse, a young lady who has just left the convent. Héloïse is a reluctant bride to be and Marianne must paint her without her knowing. She observes her by day and secretly paints her at night. Intimacy and attraction grow between the two women as they share Héloïse’s first and last moments of freedom, all whilst Marianne paints the portrait that will end it all.

Portrait of a Lady on Fire opens in the U.S. on December 6 and in Australia on December 26.