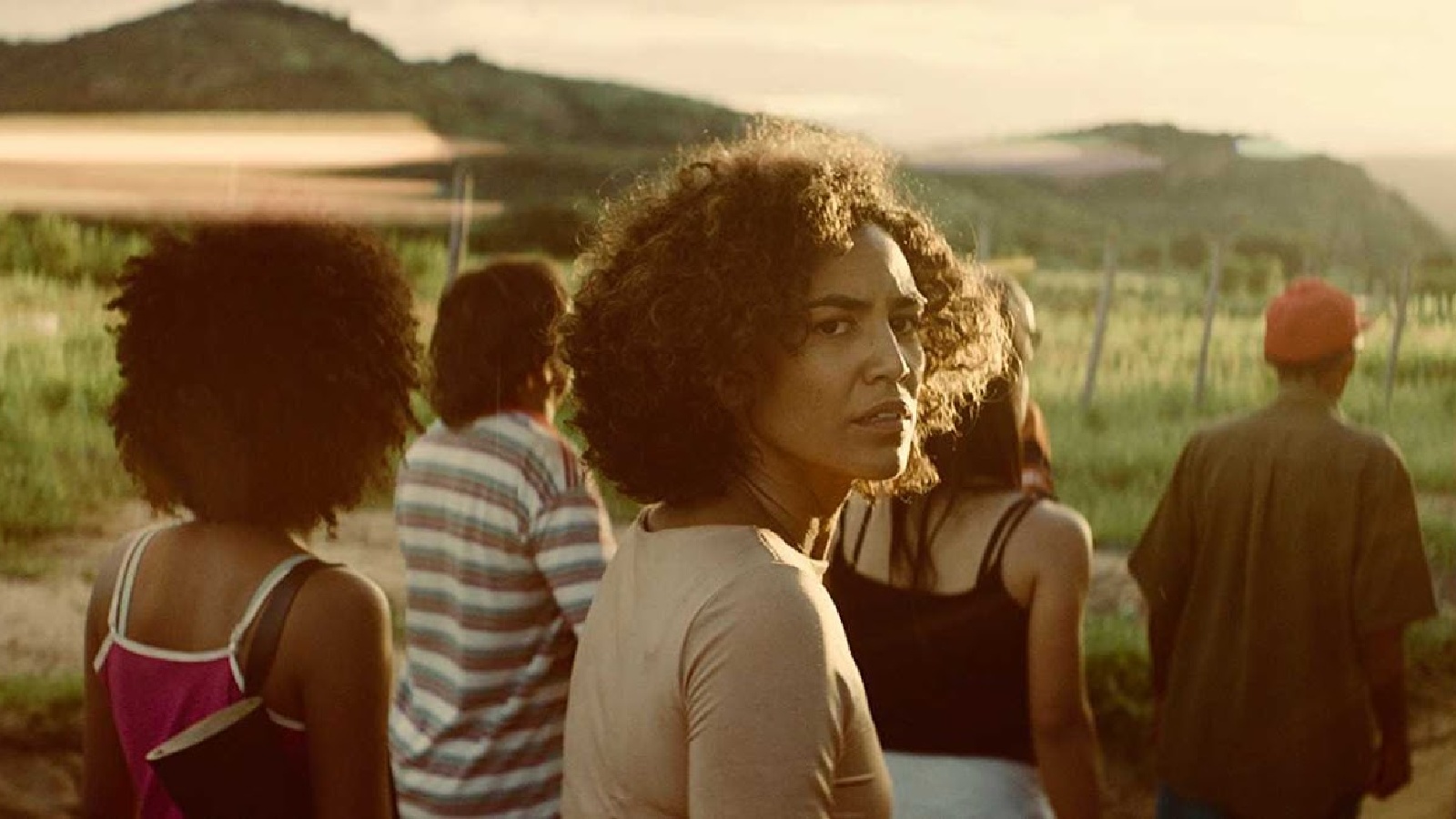 While November and December are often considered the months in which films of the highest-quality films arrive (as award season demands), one could easily make the case for spring. It’s often the time of year when distributors unspool more daring, adventurous works that may not be tailor-made for Academy voters. To further fuel this notion, March brings three films in my current top five of the year thus far, and much more. Check out my recommendations below.

Following his Palme d’Or winner Shoplifters, Hirokazu Kore-eda used his newfound worldwide attention to shift gears with The Truth, a French- and English-language production (the Japanese director’s first) boasting the mightly impressive cast of Catherine Deneuve, Juliette Binoche, and Ethan Hawke. Unfortunately, it’s not quite a knock-out as our TIFF review attests to, however, there are enough grace notes of performance to be found in this meta tale of family and career to be worth a watch.

For the most part, the indie career of Jesse Eisenberg is one of unexpected turns, finding original material to mine to its fullest extent. Such is the case with his latest project, Vivarium, which premiered at Cannes Film Festival last year and is now arriving this month. A mix of sci-fi and horror, the film follows a couple (the other half played by Imogen Poots) who are searching for a new home and after entering a strange housing development, they become trapped in mysterious ways. Along with a limited theatrical run, it’ll also get a VOD release the same day, so if you’re looking for some genre fun, it’ll be widely available.

Bibliophiles unite. After premiering at last year’s New York Film Festival, D.W. Young’s documentary The Booksellers is getting a release this month. Exploring the lives of antique booksellers in New York City, it’s a testament to the many independent bookshops that were the literary lifeblood of the Big Apple–only a few of which remain today. With strong reviews, we imagine this will be a sleeper hit this spring.

When it comes to the field of animation, many productions can often succumb to a certain sameness in their respective visual approaches. This is certainly not the case for a bold new Chilean film. Directed by Cristóbal León and Joaquín Cociña, The Wolf House is a stop-motion animation that plays out in a single-sequence shot, based loosely on Colonia Dignidad, a German émigré-run colony in post-WWII Chile that was revealed to have been used to imprison, torture, and murder dissidents during the Pinochet regime. (Again, this is not your standard animation.) Check out our exclusive trailer premiere here.

With a prolific output the past decade, Quentin Dupieux is now back with one of the highlights of his career in Deerskin. A peculiar, satirical look at overcompensating for a void in one’s life, the film stars Jean Dujardin and Adèle Haenel, it’ll shock as much as induce a laugh. Ethan Vestby said in his review from TIFF “that the film can essentially be summarized as Divorced Guy Energy: The Movie. A ribbing of masculinity that alternates between bone-dry and morbid humor to great effect, it may come across as an easily discernible film ideologically. Yet its placement in the Special Presentations section of the Toronto Film Festival rather than the more apt Midnight Madness programme perhaps speaks to it as a truly confusing object on at least the basis of overall comedic effect.”

Last fall, Universal Pictures pulled Craig Zobel’s The Hunt from release following protest from conservatives and even Donald Trump himself. Written by Damon Lindelof and Nick Cuse, the film follows a group of globalist elites who hunt down humans for sport. It seems the conservatives that were offended weren’t looking too closely at The Most Dangerous Game-inspired story, as one of the hunted fights back and starts killing the elite. It’s now coming back and will be getting a wide release this month. While no official reviews have landed yet, here’s hoping Zobel has cooked up something compelling enough to be more than just an object of controversy.

Three hours north of New York City in a modest summer camp near Woodstock, the foundation was laid for what would become a monumental change for millions of people. The year is 1971 and Camp Jened aka “Crip Camp” is a safe haven for disabled teens. A byproduct of the social experimentation at the time, this hippie-run camp gave those that attended a place where they could openly speak their mind when schools and the world at large perpetually isolated them. At home, they wouldn’t even be picked for a baseball team. Here, they all went up to bat. This empowering encouragement was bittersweet, however, as they knew after the few weeks at camp, the world outside they would return to was not built for them. With Crip Camp, directors Nicole Newnham and Jim LeBrecht craft an inspiring story of the tight-knight community that was formed and also the difficult, decades-long road to equality. Continue reading my full review.

A psychological thriller which has earned much acclaim on the festival circuit since premiering at Tribeca last year, Swallow follows Hunter (Haley Bennett), a pregnant housewife who strikes up a destructive habit as she becomes trapped in a patriarchal world. In his forthcoming review, Jared Mobarak says, “[Carlo] Mirabella-Davis’ Swallow portrays Hunter’s inertia as though it were the complacency of a drug-addled consciousness. She’s a victim of a world that hates women, one where men assert unchecked control because they’ve never endured the sense of helplessness their actions wreak on others to recognize their immorality.”

Ken Loach has returned following his Palme d’Or-winning I, Daniel Blake for a film that is just as powerful, following a family of four struggling after the 2008 financial crash. Ed Frankl said in his review it’s “a masterful indictment of the strain of out-of-control capitalism that has dug its heels into post-crash industrialized nations. Sorry We Missed You is, simply, one of his best films that links the personal and the political.”

Clocking it over 3.5 hours, Heimat is a Space in Time is a documentary that earns its lengths, telling the story of four generations of a single family. Jared Mobarak said in his TIFF review, “Starting around the time of World War I when his father’s parents fell in love, Heise reads aloud from correspondence, diaries, and official documents to tell the dramatic, introspective, and often suspenseful tale that led him to this very same project. Told in five chapters with nothing but slow pans of archival photographs and documents (in color) or serene scenes from modern-day Germany with thematic or physical relevancy to the topic at-hand (in black and white), we learn everything there is to know about an entire country through the Heise family’s words. Some passages prove better than others, but none are inconsequential to the whole.”

The boundaries of friendship have been acutely explored in cinema since close to its inception, but perhaps more intimately so in the arena of mumblecore the past decade-plus. The Climb, which premiered in the Un Certain Regard section at Cannes and won the Jury Coup de Couer Prize, takes a look at such a bond between two best friends with precision, humor, and strife. Rory O’Connor said in his review, “In The Climb–as occasionally in life–friendship can be an uphill struggle at the best of times. So how about the worst? Michael Angelo Covino’s auspicious feature debut confronts that topic as a barometer might an oncoming storm. It’s essentially a buddy comedy, although one of the caustic variety, and built to make you squirm just a little, like Judd Apatow put through a filter of something like Festen or Force Majeure.”

If one is in the mood for some highly-stylized neo-noir, the best option this spring is Diao Yinan’s impressive follow-up to his awarding-winning Black Coal, Thin Ice, titled The Wild Goose Lake. An official selection at Cannes, TIFF, and NYFF, it’ll now arrive this month. In our TIFF review by Josh Lewis, he lauded the film, praising it as “a strange combination of filmic tools means it comes tinged with a unique, near-cosmic portent, revealing even more so than his last film a much richer, wounded existentialism about two lonely, desperate people simply surviving in a dilapidated, contemporary Mainland China.”

In a world where the hot-button issue of abortion has been a divisive point of political pull in which the majority of those in power will never have to grapple with the decision their entire lives, how do we shift our perspective to find the empathy towards those that are directly affected by when, how, and who can undergo the procedure? We can start with Never Rarely Sometimes Always, Eliza Hittman’s deeply moving chronicle of a teenager’s struggle to terminate her pregnancy. By steering clear of overtly political messages and naturalistically centering our perspective solely in the mindset of Autumn (Sidney Flanigan) through this journey, I can’t imagine a soul that won’t be inspired to give more careful consideration to those in similar situations. Continue reading my full review.

One week before Craig Zobel’s The Hunt finally gets a release, another film looking at the class divide with a genre touch will also come to U.S. theaters. Kleber Mendonça Filho and Juliano Dornelles’s rollicking thriller Bacurau premiered at last year’s Cannes Film Festival and follows the story of a small, lower-class village coming together to fight a band of elite armed mercenaries. Giovanni Marchini Camia said in his review, “Credit where credit’s due, as Bacurau owes a considerable debt to John Carpenter–while also taking ample cues from another half-dozen genre auteurs–but in terms of complexity and ambition, this furious political allegory co-written and directed by Kleber Mendonça Filho and Juliano Dornelles (the production designer on Mendonça Filho’s previous features) is very much a case of the students outclassing the master.

Following up career-best work in her triptych tale Certain Women, Kelly Reichardt is back with a masterfully-directed, tender tale set in the American wilderness. Based on The Half-Life by Jonathan Raymond and starring John Magaro and Orion Lee, the story follows a pair trying to make a life through not exactly legal means in the 1820s in the Pacific Northwest. One of the very best films of the year, Vikram Murthi said our NYFF review, “In First Cow, Kelly Reichardt carves out space for friendship and generosity amidst an otherwise selfish landscape… Reichardt probes at the limitations of self-preservation as a life philosophy, even though it’s basically required to survive such a hardscrabble existence. What’s the purpose of survival if life doesn’t incentivize assisting your fellow man?”

Matinees to See (with reviews where available)