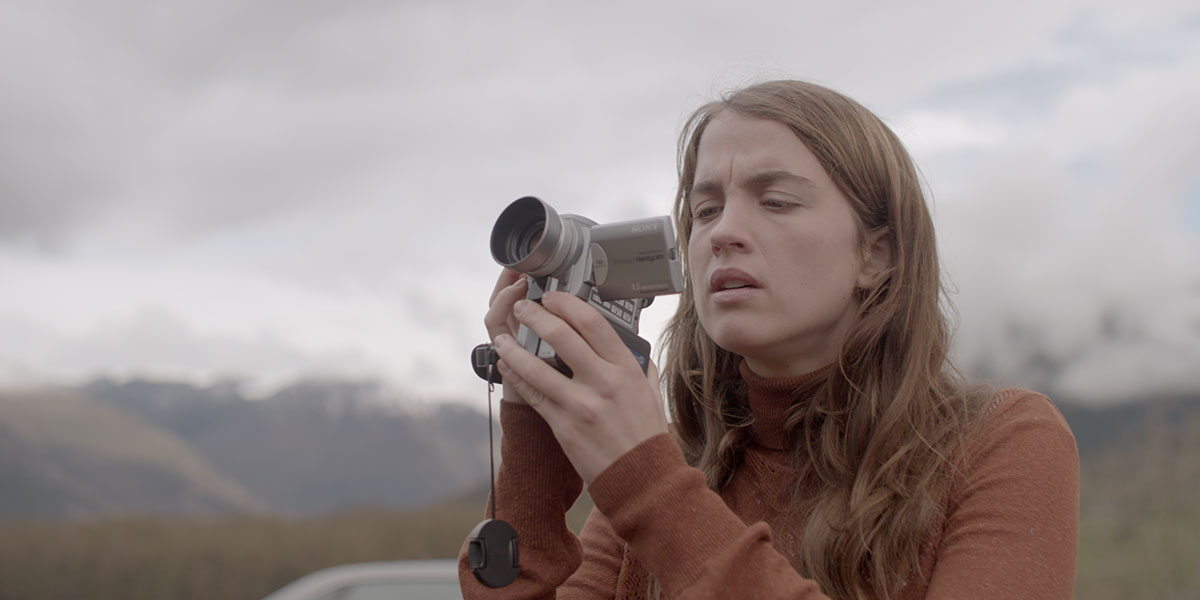 Quentin Dupieux’s Deerskin can essentially be summarized as Divorced Guy Energy: The Movie. A ribbing of masculinity that alternates between bone-dry and morbid humor to great effect, it may come across as an easily discernible film ideologically. Yet its placement in the Special Presentations section of the Toronto Film Festival rather than the more apt Midnight Madness programme perhaps speaks to it as a truly confusing object on at least the basis of overall comedic effect.

We meet Georges (Jean Dujardin, resembling recent Joaquin Phoenix) in the middle of what we can assume is a kind of mid-life crisis. Flushing his coat town the toilet, he soon purchases a replacement; a deerskin jacket. It may be an out-of-fashion item he picked up from an old man, but it’ll soon become the axis of life. While the aging white man and all its tokens may be on the way out in the western world, there’s still a new lease on life for Georges, no matter how outdated it seems. Frankly, he may have a new best friend, at least judging by how he begins to talk to the jacket.

Our full bozo-mode protagonist soon finds himself checking into a mountain-side motel with little cash to his name. Coming across bartender and part-time film editor Denise (Adèle Haenel) in the motel, he finds a partner not for romance but a new personal excursion; filmmaking. Lying to her about producers in Siberia who’ll eventually the foot the bill of his film, she begins to take money out of her account to support their joint collaboration. Himself wielding a mini-DV camera around the countryside, one would expect an autobiographical drama or diary film (or spoof thereof) from Georges. Yet the snippets he turns over to Denise speak to his more exact state of mind; that being of his obsessive relationship to his new deerskin jacket.

Thinking that the film is going to turn explicitly to Dupieux’s commentary on the act of filmmaking, it goes somewhere else. It manages a The House That Jack Built-esque turn into the grisly once Georges concludes that nobody else on earth can have a jacket except for him. Returning to the well of horror-slasher deconstruction of Dupieux’s best-known film, the killer-tire flick Rubber, this is less of a smug one-joke affair than that film. Closer to the metaphysical comedy intentions of, say, Marco Ferreri’s Dillinger is Dead, the film finds enough variations on its single joke of obsessive masculinity to stay fresh.

With some bobbing hand-held, the film feels more rigorous in tone than form, but that’s somewhat of a good thing. It’s nice to see a comedy, especially one in the “arthouse” realm, that doesn’t feel so self-satisfied; jokes are efficient instead of drawn-out “awkward” humor and the form is simple, not symmetrical. One thinks you shouldn’t have to turn to arch prankster Quentin Dupieux for the charming light touch expected from a comedy, but here we are.