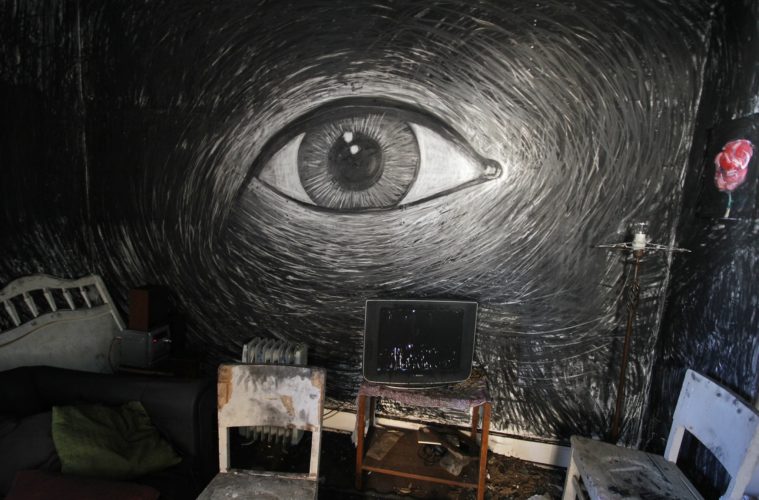 When it comes to the field of animation, many productions can often succumb to a certain sameness in their respective visual approaches. This is certainly not the case for a bold new Chilean film. Directed by Cristóbal León and Joaquín Cociña, The Wolf House is a stop-motion animation that plays out in a single-sequence shot, telling a fairy tale story based loosely on Colonia Dignidad, a German émigré-run colony in post-WWII Chile that was revealed to have been used to imprison, torture, and murder dissidents during the Pinochet regime. (Again, this is not your standard animation.)

Ahead of a U.S. release from KimStim, opening on March 20 at Anthology Film Archives in NYC and March 27 at the Laemmle Glendale in LA, we’re pleased to exclusively unveil the new trailer. Winner of the Cinema Tropical Award for Best First Film, the feature animation was created over several years, shot in art galleries in a number of countries as viewers witnessed the production.

“When making films we prefer to dress in the skin of another. We believe that this is a way of thinking about how the notions of identity are created. In the case of The Wolf House, we try to become the leader of a dark sect and let him become the narrator and the permanent ghostly presence behind the camera,” said the directors. “The Wolf Hous is a feature film where beauty, fear, disorder and the narrative itself are born from the precarious and permanent states of change. It is the story of a beautiful young woman who is held captive, but it is also the story of a physical and mental world that falls apart, destroys itself and renews itself time and again.”

Maria, a young woman finds refuge in a house in the south of Chile after escaping from a sect of German religious fanatics. She is welcomed into the home by two pigs, the only inhabitants of the place. Like in a dream, the universe of the house reacts to Maria’s feelings. The animals transform slowly into humans and the house becomes a nightmarish world. Inspired on the actual case of Colonia Dignidad, The Wolf House masquerades as an animated fairy tale produced by the leader of the sect in order to indoctrinate its followers.

The Wolf House opens on March 20 at Anthology Film Archives in NYC and March 27 at the Laemmle Glendale in LA.