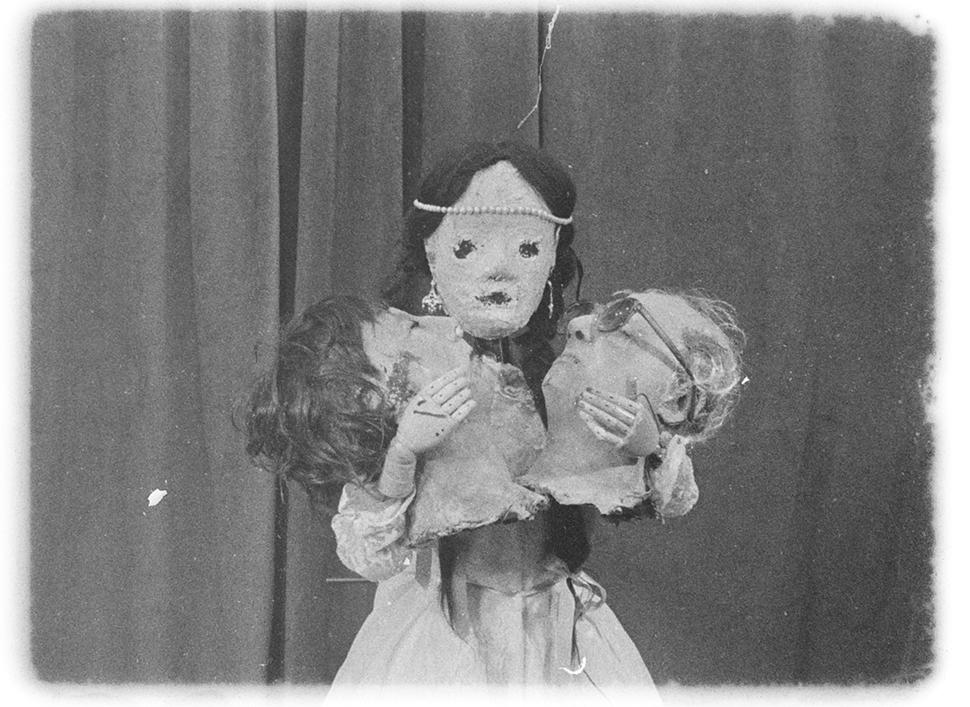 One of the most inventive, stunningly nightmarish animations of the last decade, The Wolf House was the work of Chilean filmmakers Cristobal León and Joaquín Cociña. Now, quickly after their debut feature film, they are returning with their follow-up, the 14-minute short Los Huesos, and they’ve found a perfect pairing with another director whose horror creations have left a vivid mark: Hereditary and Midsommar helmer Ari Aster, who has executive-produced the Venice-bound short alongside Adam Butterfield and Lucas Engel. Ahead of the premiere, we’re delighted to exclusively present the trailer.

Shot on a 16mm Bolex, the short is a fictitious account of the world’s first stop-motion animated film. Dated 1901 and excavated in 2021 as Chile drafts a new Constitution, the footage documents a ritual performed by a girl who appears to use human corpses. Emerging in the ritual are Diego Portales and Jaime Guzmán, central figures in the construction of authoritarian and oligarchic Chile.

“Los Huesos is born from fiction: a series of film tapes and pieces of mummified bodies appear in an excavation,” said Cristóbal León & Joaquín Cociña. “The discovered film material turns out to be the world’s first stop-motion animation film. Dated 1901, this film was produced in Chile a few years before the first European and North American animations known to date. The discovery is revolutionary in several ways. First, it designates Chile as the birthplace of animation film. Second, the animation is made with fragments of human corpses; real bodies have been used to create the material. Third, the story within the found film fragments reveals a visit from the then-unknown and unborn Jaime Guzmán, minister of Pinochet’s dictatorship, and Diego Portales, a minister and intellectual of the Chilean oligarchic tradition, as well as the mind behind the 1833 Chilean Constitution.”

Speaking to Ari Aster’s involvement, they added, “In 2020 during the pandemic we premiered La Casa Lobo in the United States, and despite being online, or maybe thanks to being online, it was a super successful premiere in terms of critics and the people we reached. We have been talking to Ari Aster for a long time. We are big fans of his work. Hereditary and Midsommar are gems and are the work of a mature director. It’s so nice he also admires our work and when he saw La Casa Lobo he contacted us. He has told us that he has seen the film many times. We couldn’t be more flattered.”

“With La Casa Lobo, Cociña and León struck me as the clear successors to Jan Svankmajer and the Quays,” Ari Aster said. “Here they seem to be channeling Ladislas Starevich and Joel-Peter Witkin, while sharpening their uncanny and unmistakable signature. Los Huesos is a brilliant film by two utterly singular filmmakers.”

The short also features music by Tim Fain, a Philip Glass collaborator and violinist who contributed to Moonlight, Black Swan, 12 Years a Slave, and more. “In composing the score for Los Huesos, I explored a collision of old and new soundworlds,” he said, “As the film begins, the music evokes an inviting nostalgia. From the start of our collaboration, Joaquín and Cristóbal always encouraged me to push the music into unexpected places. When you watch the film, you don’t even know for sure, did the music come first, or was it all a happy accident?”