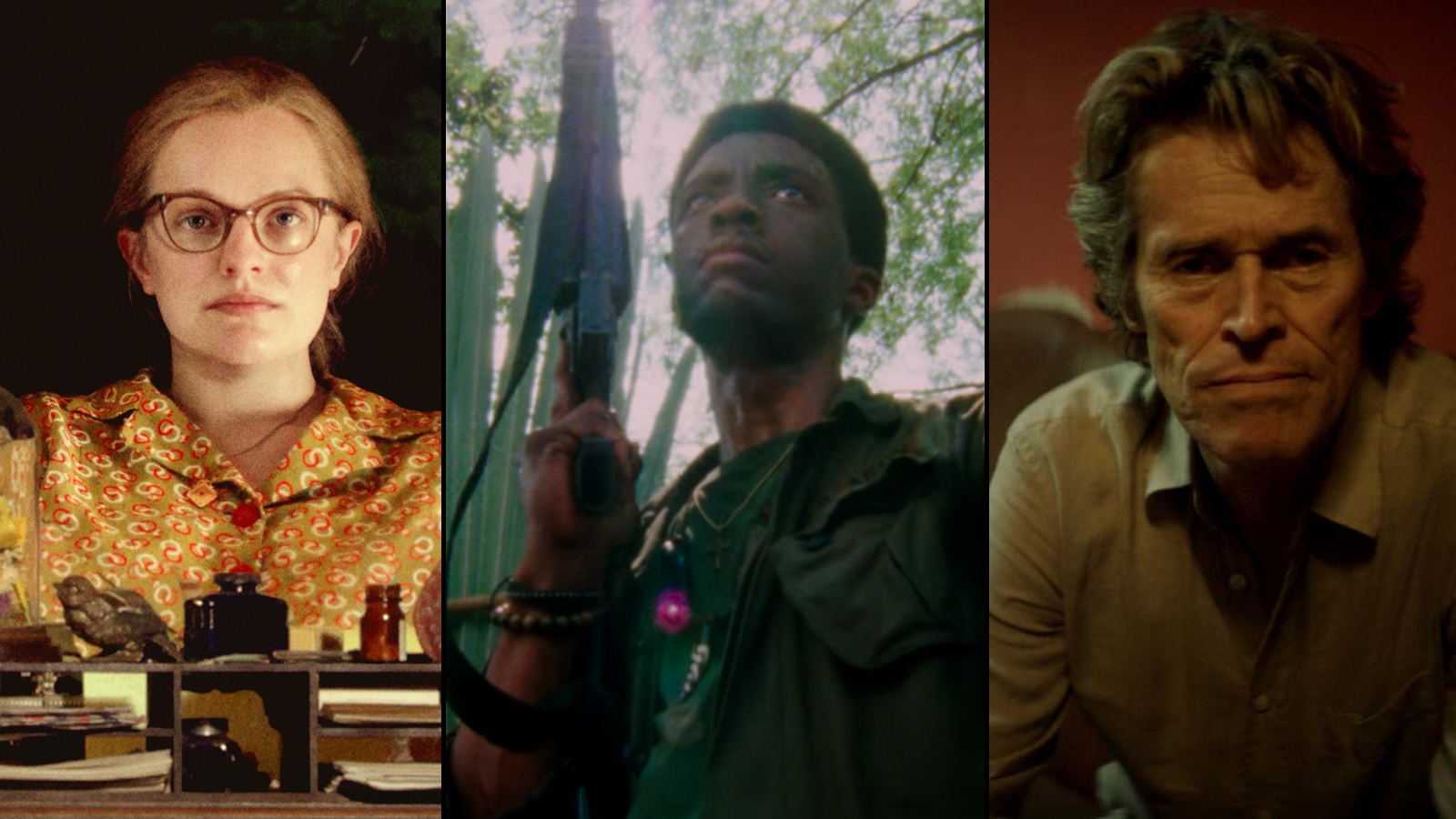 As the pandemic rages on and the oppressed justly fight back against police brutality across this country, it feels a bit futile to be doling out monthly movie recommendations. So, first, we’ll a number of ways you can help, with a map of places to protest, where to donate, sign petitions, and more.

Now, if you are in the headspace to watch a film, there are a number of worthwhile offerings this June, including a new feature from the director most attuned at capturing our country’s sharp racial divide. There’s also a trio of features from one of international cinema’s most prolific directors finally getting a U.S. release, plus notable documentaries, gripping character studies, and more.

See our recommendations below.

After premiering at last year’s Sundance Film Festival, the equally entertaining and shocking black comedy Judy & Punch will arrive this week. I said in my review, “If her most recent performances have proven anything, regardless of what era she might find herself in, Mia Wasikowska is fed up with the patriarchy. After outsmarting the male leads in last year’s Sundance premieres Piercing and Damsel, the actress heads to the medieval era in Judy & Punch, which serves up a heaping of darkly comedic Australian revenge. Putting a modern, live-action spin on this fable-esque puppet tale, director Mirrah Foulkes crafts a vibrant, brutal directorial debut, even if the ultimate catharsis leaves something to be desired.”

An official selection at Sundance and SXSW (where it picked up the Best Texan film award), Miss Juneteenth is the directorial debut of Channing Godfrey Peoples, a writer for Queen Sugar. Led by Nicole Beharie and Alexis Chikaeze, John Fink said in his review, “Miss Juneteenth often feels fresh and alive, documenting the solemn seen patterns of African American life in Texas, particularly within regions of growth where a way of life may be at risk….Fresh in many passages, the drama offers a few twists on a fragmented mother-daughter relationship. If anything, the film announces the arrival of an indie filmmaker to watch for in the coming years.”

In the 25 years since its initially poorly-received release, Paul Verhoeven’s Showgirls has been rehabilitated as a cult classic. In a new documentary, director Jeffrey McHale explores the NC-17-rated film’s wild, bumpy journey as a fascinating object full of damning satire especially as it relates to the America of today. Check back soon for our review as well as a podcast conversation with McHale on both Showgirls and his new documentary.

The words “starring Pete Davidson” may be a trigger warning for some, but after delivering an impressive performance in Big Time Adolescence, we’re curious as to what his next film will bring. Directed by Judd Apatow, this autobiographical story follows Davidson’s character of Scott, whose dad was a firefighter that passed away when he was seven. Also starring Marisa Tomei, Bill Burr, Bel Powley, Maude Apatow, and Steve Buscemi, the film follows Davidson’s character as he attempts to find his way in life while dealing with his past trauma. We’ve been hearing surprisingly strong buzz for this one, and it’ll arrive digitally next week.

The last film I saw in theaters before New York City shut down was a New Directors/New Films press screening of Babyteeth, a vibrant, heartbreaking directorial debut for Shannon Murphy. Led by Little Women star Eliza Scanlen, and also starring Toby Wallace, Essie Davis, and Ben Mendelsohn, it’s a raw and emotional look at growing up with an illness that avoids the usual tropes. Rory O’Connor said in our review, “Babyteeth is her first feature and, by the looks of things, the director has been stockpiling plenty of little filmmaking ideas over the years. Babyteeth is one of those debuts with no shortage of lovingly thought-out little ideas–as if all those dogeared Moleskins one scribbles away in suddenly broke open to spill their secrets.

Starring Penélope Cruz, Édgar Ramírez, Wagner Moura, Gael García Bernal, and Ana de Armas, Wasp Network easily boasts one of the finest ensembles not only of Olivier Assayas’ career, but of the year. While the film, which is set in the 1990s and follows a group of Cuban defectors who infiltrate anti-Castro terrorist groups, is unwieldy and scattered at times, it still possesses a strong level of urgency in thrilling setpieces. For more, check out our interview with Assayas here.

While Pride Month begins this week, it’ll conclude with a harrowing, essential look at oppression in the LGBTQ community of the Russian republic of Chechnya. Coming from director David France (How to Survive a Plague, The Death and Life of Marsha P. Johnson), his latest film takes a deeply personal look at those afflicted and fighting back for a semblance of justice. It’s a tough, difficult watch, but also an empathetic look at how true equality won’t arrive until everyone in every part of the world feels safe.

Abel Ferrara has once again reteamed with Willem Dafoe, this time for Tommaso, going more meta than ever before with Dafoe’s character playing a North American director living in Rome with his younger wife and their 3-year-old daughter (played, notably, by Ferrara’s own wife and daughter). Rory O’Connor said in our review, “Tommaso feels so confessional and thus so resonant, especially given the scarcely believable casting of Christina and Anna. Indeed, mother and child both feature in scenes that one can only presume must have been painfully close to the bone.”

Where to Watch: Virtual Cinemas via Kino Marquee

Josephine Decker, who last delivered the endlessly surprising, immersive drama Madeline’s Madeline, is back with Shirley, a loosely biographical looked at renowned horror writer Shirley Jackson. Led by Elisabeth Moss and Michael Stuhlbarg, I said in my review, “With Shirley, [Decker] returns to similar themes in an entirely different era while continuing the same inventive, breathless style, even if this time around the narrative arc is a bit more straightforward.”

Where to Watch: Hulu

While we await the release of the newest film by Hong Sangsoo, three of his past gems are finally getting U.S. releases in virtual cinemas. First up, this Friday, there’s his 2016 feature Yourself and Yours, followed by 2014 film Hill of Freedom on June 12, then the new digital restoration of his 2006 feature Woman on the Beach on June 19. For those that may have only caught up his films in the last few years, this provides the perfect opportunity to take a look at what makes the South Korean helmer one of the most exciting directors working today.

Where to Watch: Virtual Cinemas

After his Oscar-winning drama BlacKkKlansman, Spike Lee is back with Da 5 Bloods, a 154-minute epic that is among our most-anticipated films of the year. Starring Delroy Lindo, Jonathan Majors, Clarke Peters, Norm Lewis, Isiah Whitlock Jr., Jean Reno, and Chadwick Boseman, the film follows four black war veterans who return to Vietnam to search for their missing commander and hopefully find treasure. Using a mix of archival footage, present-day, and flashbacks–seemingly all on different formats–film looks like it has quite the scope, riffing on both The Treasure of the Sierra Madre and Apocalypse Now.