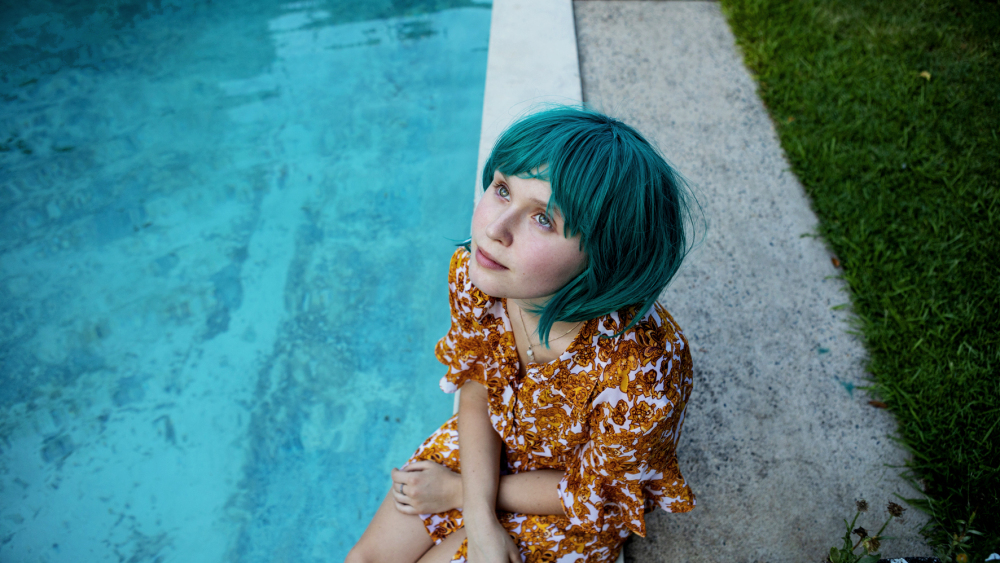 Milla is not the first terminally stricken teen girl to grace a coming-of-age film, nor will she be the last. She may, however, be the most precocious: kitted out in oversized ‘80s woodland animal shirts and Day-Glo colors, and with a revolving cast of hairdos (for obvious reason), she enlivens and emboldens the new film Babyteeth with a punky energy that–try as lesser directors might–is not often seen in such things. Indeed, we’re not kissing Ansel Elgort in Anne Frank’s house anymore, Dorothy.

The film opens on the image of Milla, spaced out and medicated, gazing woozily at a train track. It recalls Laura Jeffers in Brief Encounter–except that poor Laura’s unhealthy romance had come to an end, whereas Milla’s is just beginning. The character is played with fabulous gusto by Eliza Scanlen, an Australian actress who held her own beside Amy Adams in Jean-Marc Vallée’s Sharp Objects last year—another story with funny ideas about girls and teeth–and will be seen in Greta Gerwig’s Little Women. In her first lead role, Scanlen plays a dying girl who falls for the wrong boy, or perhaps not. His name, with only slight pretension, is Moses (Toby Wallace): a gregarious, strapping charmer with enough tattoos, bruised knuckles, and bags under his eyes to suggest he’s seen—and taken—a few things. Boy meets girl on the train track, cradles her head as she has a nosebleed, and offers to give her a trim. He’s also 23 years to her 16. It’s going to be a bumpy ride.

Babyteeth was written and directed by Shannon Murphy, an actress turned filmmaker who has been producing theater pieces, shorts, and television work since 2012. Babyteeth is her first feature and, by the looks of things, the director has been stockpiling plenty of little filmmaking ideas over the years. Babyteeth is one of those debuts with no shortage of lovingly thought-out little ideas–as if all those dogeared Moleskins one scribbles away in suddenly broke open to spill their secrets. Some are frankly more familiar than others: sweetly ironic chapter titles spelled out on-screen in Futura font and pastel colors; a lovingly curated playlist of offbeat music cues; searching, handheld, wide-angle cinematography, like in a Terrence Malick movie; and so on. If one is familiar with such things, one will be familiar with these.

Seemingly any indie director worth their salt is not going to leave a genre trope unturned–indeed, the deconstruction has become something of a trope itself. Nevertheless, one of the best things about Babyteeth is the manner in which Murphy coarsens the edges of the genre, leaning more toward discomfort than sentimentality. Mom’s an addict, for one. Dad’s her somewhat reckless enabler. He also has a crush on a pleasant pregnant girl next door and might be an addict, too. So is Dream Bae, of course, but aside from that the character of Moses is surprisingly difficult to pin down, and that slipperiness is the film’s real coup. There is an ambiguity to him that keeps you guessing as well as a family life that Murphy seldom and only subtly alludes to. Indeed, the film’s best directorial sleight of hand is that we are only rarely led to believe in his benevolence. Whether or not it matters is Babyteeth‘s key philosophical concern and it’s one worth chewing on.

For a feature debut, Babyteeth proves a remarkably well-constructed film–gracefully shot by Andrew Commis and boasting one of the great Antipodean casts of recent years. Playing Milla’s dad Henry, Ben Mendelsohn returns to the old country for the first time since 2013–and what a strange thrill it is to see him switch from scenery-chewing Hollywood villainy to awkward, flailing dad (for one, that signature lisp has never sounded so bittersweet). Essie Davis is even better her mom Anna, a slightly broad, scattered mess at first that The Babadook gracefully evolves as we progress. Eugene Gilfedder, who appears as Milla’s eccentric violin teacher, offers shelter in the storm. Playing Moses, Wallace suggests a young Jack O’Connell–with all the accompanying charm, temperament, and ADHD.

Adept as the performances are, however, Babyteeth‘s bittersweet mood can only hold off the overwrought emotions of the sub-genre for so long. Rarely, if ever, does a scene goes by in which the characters’ moods are not wrenched up through the gears–either fighting, expressing love, or some heavy combination of the two–and the returns inevitably, and gnawingly, diminish. Indeed, like the ramshackle family it so fondly depicts, Babyteeth is not without its flaws but it does suggest a confident new voice in independent cinema.