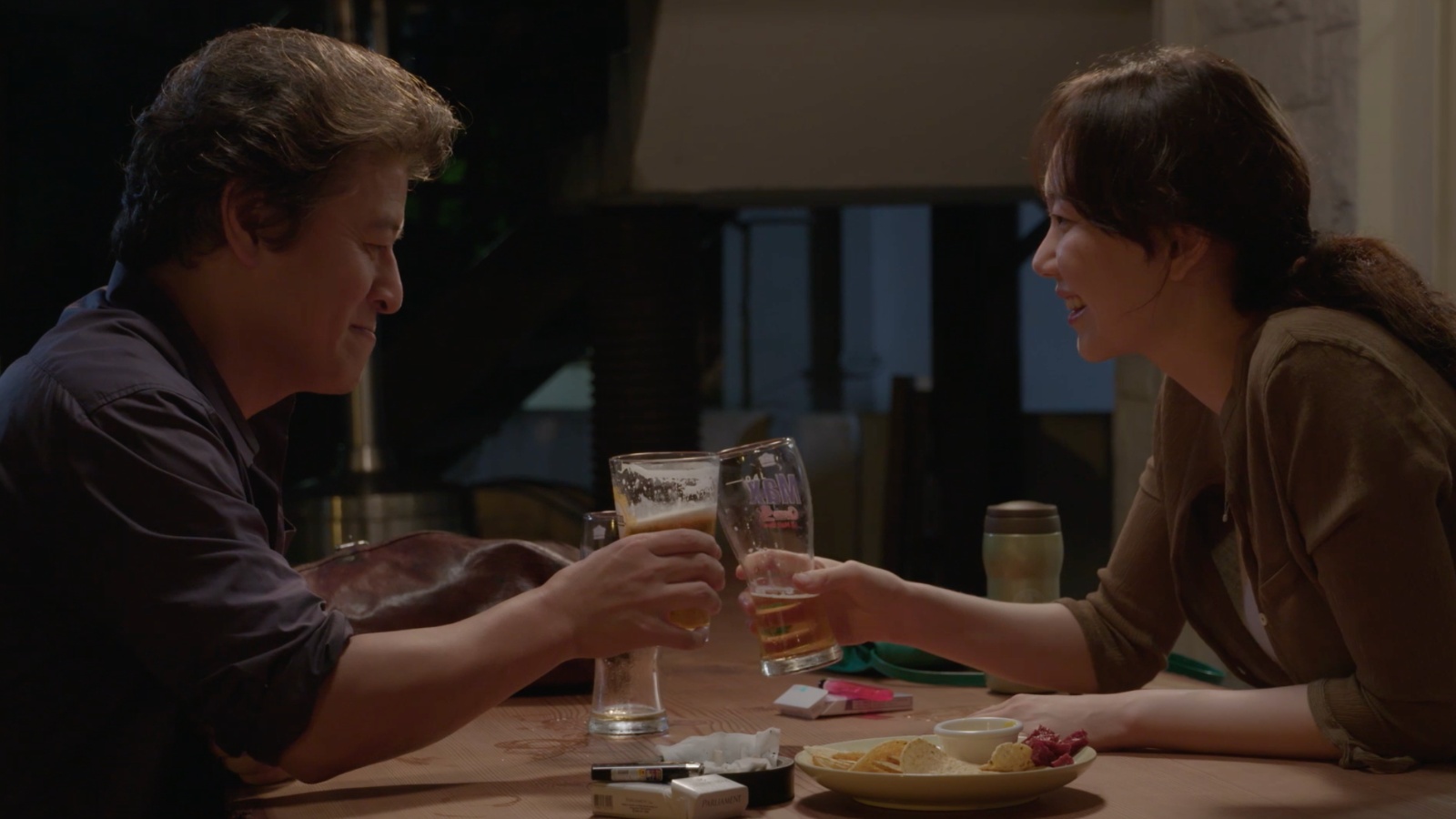 As of late, Hong Sangsoo’s recent features have enjoyed U.S. distribution but thankfully his back catalog is now, after some festival plays, getting a new life here starting next month. The first of three films from the prolific South Korean director that will be arriving in Virtual Cinemas is his 2016 comedy Yourself and Yours. Courtesy of Cinema Guild, we’re pleased to exclusively debut the first U.S. trailer, which sets up the story of drinking, relationships, and how they intertwine in perhaps regretful ways.

One of Hong Sangsoo’s most delightful comic mysteries, the film follows a painter Youngsoo (Kim Joohyuk), who learns that his girlfriend, Minjung (Lee Yooyoung), was recently seen having drinks with another man. When Youngsoo questions her about it, they fight and part on bad terms. The next day, Youngsoo tries to find her, but can’t. As he wanders and frets, Minjung has a series of encounters with other men. But to them it seems she’s not herself.

In our New York Film Festival review by Nick Newman, he said, “Yourself and Yours is enjoyable the way every other Hong Sang-soo film is enjoyable: funny, relatable and emotionally honest, structurally innovative, and composed with a patient eye that favors the peaks and valleys of conversation over standard get-to-the-point construction. Here, though, he wields a sharper blade: in its defiance of internal logic, character motivation, or even a conventional understanding, the film’s narrative (about doubles or twins or doppelgängers or all or none) brings contemplation of romantic relationships’ hardest edges–those gaps between men and women that no one’s quite figured out, perhaps because they’re entirely irreparable–to a point more digestible than the standard dramatic formats of shouting, crying, confrontation, etc.”

Yourself and Yours opens in Virtual Cinemas on June 5.