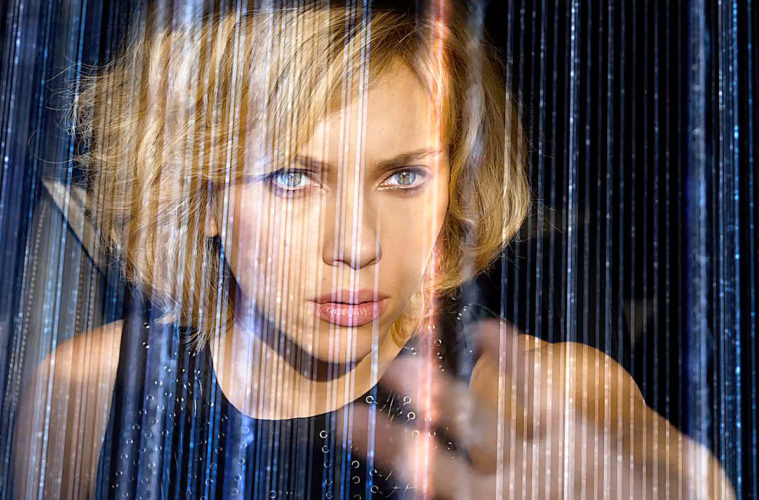 10 Wide Releases in 2014 That Exceeded Expectations Despite the output of hundreds of features per year, Hollywood’s slate of wide releases can often feel like a barren wasteland of retreaded material. While much of our year-end coverage will be focusing on the overlooked gems, today we’re kicking things off with the few wide releases that surprised us in these past twelve months.

To note, the below ten features are strictly films that received a wide release on their opening weekend and not ones that eventually expanded with a roll-out. For the most part, they also arrived with virtually little-to-no anticipation around these parts for various reasons (i.e. wide releases like Nightcrawler didn’t qualify), yet managed to be among our favorites of the year. Check out our selections below and let us know what exceeded your expectations most in 2014.

Beyond the Lights (Gina Prince-Bythewood)

Beyond the Lights delights in being exactly what it is — which, unfortunately, is something most will dismiss as standard date-night fare without casting a second glance. Yes, at one level, it is a very good, albeit predictable film perfect for couples looking for something both heartening but intelligent. At another, it delivers to us one of the most compelling and endearing female characters we’ve seen this year, and it turns out she’s hiding right there, beneath the girl everyone has been looking at all along. This is another minor gem in Prince-Bythewood’s directorial crown. – Nathan B.

Dawn of the Planet of the Apes (Matt Reeves)

Matt Reeves’ contribution to the Apes mythos, this franchise’s eighth installment and the second of (hopefully) multiple parts in a reboot continuity, wasn’t much of a huge surprise for fans — yours truly include. As a viewer who’s often deflated and depressed by the stop-start, no-expenses-spared mold of blockbuster cinema, Dawn of the Planet of the Apes shows the ability to reach just a little bit higher, putting some brains and heart inside the ones and zeroes without giving the impression that its creative minds are straining too much. Reeves directs both Dawn’s grandiose action and terse exchanges with an eye for tight composition and crisp cutting, all while mixing an unabashed scorn of America’s sick weapons fetishism that maintains Apes’ standing as one of the last true sci-fi stories told on a grand scale. And then there’s the horse-riding, machine-gun-double-fisting primate. – Nick N. Look, there’s Tom Cruise running away from explosions on screen again! And in a film directed by Doug Liman? Did we travel back in time ten years to when this all might have looked appealing? Well, it turns out this time-travel-related burn is apt, because the hook here is that every time Cruise’s character dies, he awakens to run the whole day over again, giving his cowardly press corps officer a chance to turn into the battle-hardened grunt we all expect him to be. Clever-yet-maybe-incomprehensible time travel gimmick aside, this film reminds us why we love Cruise as an action star, and also gives us a chance to see a lighter side of his onscreen persona. Mixing killer action with deft editing and dark humor, Edge of Tomorrow will no doubt end up alongside another selection below as a film I have no compunction about putting on to blow off some steam with friends. And yes, that is a high compliment. – Brian R.

Due to its relatively high-profile cast and prime fall release date, many seemed to place their anticipation with Fury in terms of awards-season hopes and all the other nonsense that comes with it. Gratefully, David Ayer‘s World War II drama skirted sentimentality and delivered a gripping account of the brutality of conflict. While its third act may veer into somewhat preposterous territory on both an action and character side, what came before was visceral and fittingly subdued — the former of which I expected from Ayer, but certainly not the latter. – Jordan R.

Guardians of the Galaxy (James Gunn)

Marvel’s previous superhero incarnations might have reminded audiences of the characters they grew up reading, but Guardians of the Galaxy goes one step further and captures the giddy exuberance of reading your first comic book. Although there may have been a marginal risk in betting on this eclectic team of misfits, Guardians‘secret weapon turns out to be its characters — Rocket the Raccoon, Groot, Gamora, Drax and Starlord pull away from the space-opera trappings to become individuals we care about and root for. Built on a far-flung, visually opulent intergalactic canvas, Galaxy exceeds the aims of other Marvel enterprises precisely because it’s willing to swing for the fences on an imaginative level. Sure, there may be convolutions in the story, and the villain may be cut from the usual cloth, but this galaxy belongs to its marvelous guardians, which includes helmer James Gunn. Who knew the director of Slither had this one in him? – Nathan B.

It is no secret that the last Giant Monster Movie to hit theaters (Pacific Rim) wasn’t exactly my cup of tea. It’s less-well-known that I missed the Godzilla wave of the late ’80s. It can probably be inferred that I was not a fan of Roland Emmerich’s attempt to update the radioactive King of the Monster from the late 90’s. That’s a lot of baggage to combat, and yet, when Gareth Edwards’ reboot / remake / reimagining of Godzilla finally met my eyes, I was enamored in a way that most movies I actually anticipate can’t hope to match. Sure, the humans characters were a bit thin, but the restraint and scale brought to the giant monster battles pulled off everything Pacific Rim did wrong. This movie was a pleasant seduction of large-scale destruction entertainment, a welcome rebuff of the usual disaster porn we are fed during the summer. – Brian R.

Keanu Reeves squandered a lot of his post-Matrix good will on the two sequels, 47 Ronin, and really just about everything else he’s been in since 1999. His stoic badass routine was a bit of a joke, and yet here he was, very much playing to-type as a retired hitman who re-enters the game after — no joke — his dog is killed. Be honest: that sounds goofy. Yet with strong, inventive action and direction courtesy of newcomer directors (and longtime Reeves stunt collaborators) David Leitch and Chad Stahelski, as well as a committed and surprisingly grounded performance from Reeves, John Wick ended up being one of the most fun times I had at a movie this year. Killer supporting performances and some intriguing world-building didn’t hurt, either, and, more so than most comic book movies, this is a world I wouldn’t mind visiting again. – Brian R.

I grew up with LEGOs. I played with the objects so much and built so many amazing creations that my memories of childhood are pretty much inextricably linked with those multi-colored plastic bricks. My sister and I fought more over her treatment of my LEGO creations than anything else in the world. Yet, in spite of this — or because of it — I dreaded the concept of a LEGO movie, to the point of being literally terrified and depressed. Somehow, though, Chris Miller and Phil Lord did the impossible and made a movie about toys, featuring toys, branded by the toymaker, yet somehow focused more on the ethos and character than selling. This movie left me with the same feeling LEGOS used to — a sense of endless imagination, wonder, and possibility. This movie does the bricks on better, though, because I don’t think even my most amazing LEGO creations ever almost brought me to tears. – Brian R.

He may have found financial success with his screenwriting involvement in franchises like Taken and Transporter, but Luc Besson had hit a directorial rut. Enter Lucy, an unapologetically insane thrill ride that no summer blockbuster could quite match. While some squandered their time with assertions over the lack of scientific accuracy, many of us enjoyed the director’s take on a superhero film — easily surpassing anything in Marvel’s output in the process — with a dash of The Tree of Life thrown in. Add a worldwide gross of nearly $500 million, and it looks like I wasn’t alone in my unadulterated enjoyment. – Jordan R.

There are a few reasons why “Hitchcock would be proud” may be the very worst of all pull-quotes, not least because it compartmentalizes complex genius into a recognizable brand. So when I tell you Non-Stop is bested only by De Palma’s finest as the most-worthy holder of that plaudit, I also mean to say this: Non-Stop is not fucking around. (Now, will they put that on the case of its tenth-anniversary hologram release?) It’s the best of both worlds: willing to indulge in a bit of grand idiocy — Liam Neeson’s “I’m an alcoholic!” speech, well-acted and melodramatic in the Bigger Than Life mold, is probably the best evidence of as much — while playing this tone for significant narrative effect (some hate the ending, but I love it as a casually insensitive and, yes, perfectly logical endpoint). Thanks to Jaume Collet-Serra’s understanding that small need not equal limited — what an elaborately staged mapping of the airplane’s geography — nothing from 2014 quite hits the visceral sweet spot like this. – Nick N.

What wide releases exceeded your expectations this year?