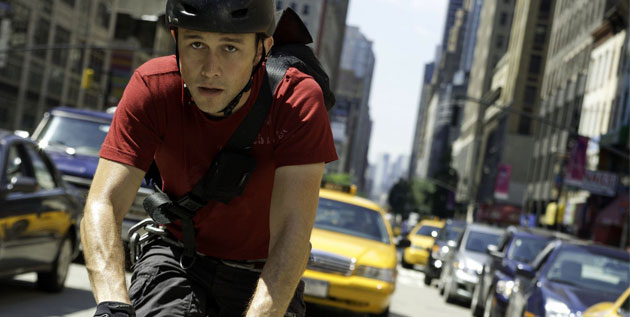 10 Wide Releases In 2012 That Exceeded Expectations It’s always nice to be pleasantly surprised. As we look back on the year in cinema, there are a fair share of duds mixed in with the successes, but we want to highlight wide releases that went above and beyond our expectations. Whether our anticipation was at rock bottom or they simply weren’t high on our radar, we have ten examples of studio projects that greatly surprised us, landing on the highly entertaining side. Check out the rundown below and let us know what exceeded expectations for you in the comments.

By now you probably realize Channing Tatum had an incredible 2012. However, the most surprising thing amongst his many projects was the revelation that Tatum is not only game for poking fun at his own macho persona, but actually has the ability for fantastic physical comedy as well. Many were hesitant at an update on a two-decade-old TV show, but the entire cast of 21 Jump Street is at the top of their game with this vulgar, silly and downright funny comedy. There’s brilliant slapstick mixed in with ridiculous dialogue and Jonah Hill and Tatum make a perfect pairing that continually play on their physical differences. With humorous set pieces that play on common movie blunders and even poking fun at its origins and remakes in general this was easily one of the best comedies of the year. – Bill G.

It’s no secret that most audiences approach early-year films with a bit of hesitation. As Fox was gearing up for the release of their mysterious superhero (er, villain) film Chronicle, expectations were low, considering the overabundance of the found-footage aesthetic, a no-name director and a mostly no-name cast. Consider us shocked when the project was one of the best offerings in the genre in recent memory. Led by Dane DeHaan in a break-out performance that would lead in to nice turns in Lincoln, The Place Beyond the Pines and Lawless (as well as likely a major factor in securing his The Amazing Spider-Man 2 role), the film was a thrilling, surprisingly humanistic look at what happens when power falls into the wrong hands. With a successful critical and audience response, one hopes director Josh Trank doesn’t hit a sophomore slump with his Fantastic Four update. – Jordan R.

If one looks at Hollywood’s recent slate of remakes and updates, it’s easy to see they are usually wasted celluloid, but with this actioner, Karl Urban delivers his most entertaining performance yet. While I didn’t think anyone truly appreciated Sylvester Stallone‘s version outside of wanting to watch trains collide, this down-and-dirty reboot of the iconic comic book character is a rare example of a worthy redo. Singular in its focus on giving you a ton of action, blood, and no-bullshit science fiction, it’s some of the most fun I’ve had in theaters this year and considering the disappointing box office, hopefully audiences will give it new life when it hits shelves. – Bill G.

I’ll be the first to admit that my expectations for David Frankel’s stilted-marriage dramedy were low — the early footage looked like a drowsy, second-rate sitcom, and the film’s poster is about as bland as they come. But early word, once revealed, was fairly positive, so I decided to give the film a spin, and I was genuinely surprised to be greeted with a mainstream entertainment that managed to grapple with everyday people and their emotions in a consistently authentic way. Much of the credit should go to screenwriter Vanessa Taylor, whose sharp, intimate exchanges convince us of this relationship’s integrity on a scene-by-scene basis. And the two central performances couldn’t be better: Meryl Streep, satisfyingly without scene-hogging makeup or historical baggage, is an utter delight, as is Tommy Lee Jones, in a springy, quietly melancholic performance that, for my money, deserves as much buzz as his fiery Lincoln turn. – Danny K.

In a post-Glee world, one can easily get wary at the many knock-offs aiming to connect with a similar audience, so when it came to this Elizabeth Banks-produced project, expectations were low. Thankfully Pitch Perfect not only surpassed the aforementioned show in entertainment value (admittedly an easy task), but it was easily one of the most enjoyable studio offerings of the year. Led by the consistent Anna Kendrick, Bridesmaids star Rebel Wilson also proved she isn’t a one-hit wonder with her ideal comedic timing and the hilarious Adam DeVine (Workaholics) popping in for some laughs. In the mold of Bring It On, this underdog story plays by the books, but with its pleasing A cappella numbers and snappy pacing, we have one of 2012’s biggest surprises.

If you watched the trailer or even saw images of Joseph Gordon-Levitt on a fixed gear, you didn’t have a poor excuse for skipping this film. It’s a shame that the studio couldn’t sell the simple concept of putting JGL on a bicycle in the middle of New York City and having bad-cop-in-debt Michael Shannon on his trail. Released in the mostly dry month of August, Premium Rush is loads more fun than it has any right to be, with clever use of the bicycle dynamic, taut set pieces that utilize physical sets and practical effects, and a story with a more intriguing structure than one would have guessed. With the film now gearing up for a home release, this one makes for a perfect, breezy rental. – Bill G.

This update on the fairytale Snow White gets the award for the biggest jump in quality from marketing to final product. Delivering what I’d consider to be the worst trailer of the year, I was shocked at Tarsem‘s delightful, visually gorgeous take on this classic story. While it’s certainly whimsical and sways within a kiddie demographic, there is much to love in this warm-hearted approach, including a splendidly evil Julia Roberts and a swashbuckling Armie Hammer. After leading the bottom-of-the-barrel Abduction last year, it was also wonderful to see the charms of Lily Collins put to good use in the shoes of this iconic character and I’d take this adaptation over the summer’s Snow White and the Huntsman any day. – Jordan R.

If you based your expectations solely on director Scott Derrickson‘s previous film, the remake of The Day the Earth Stood Still, then this must have been quite a treat for you. His haunted child movie had him return to the territory he seems most comfortable in: conjuring up scares, slowly and effectively. The Exorcism of Emily Rose filmmaker bounced back quickly with Sinister, and let’s hope he delivers more films like it in the future — although his upcoming adaptation of Deus Ex will see him in vastly different territory. – Jack G.

As someone who gets little enjoyment out of the work of Seth MacFarlane, I was extremely hesitant about his big-screen feature debut Ted. While I’ve come to appreciate Mark Wahlberg‘s comedic side in films like Date Night and The Other Guys, the trailers for this one produced little laughs. Although the final product is far from a knock-out success, there’s a good amount to admire in this story of a grown man and his best friend, who just so happens to be a talking teddy bear. There was clearly a lot of love on the globe as well, as Universal had a massive, unexpected hit on their hands with a record-setting $500 million-plus gross. If anything, this debut made us a lot more confident in the theatrical prospects for MacFarlane. – Jordan R.

The Woman In Black (James Watkins)

With the exception of the film’s spooky teaser trailer, The Woman in Black didn’t seem to be on many people’s radar. It had Daniel Radcliffe, but an old-fashioned, English period horror piece isn’t what we all expect to make for a box-office hit. We were proved wrong, as director James Watkin’s (Eden Lake) and screenwriter Jane Goldman (Kick-Ass) made quite the lavish and spooky horror movie out of the acclaimed novel. Add in a hefty $125 million-plus worldwide haul, and we can see why this is getting the sequel treatment. – Jack G.

What wide release films surprised you most in 2012? Did they make the cut?