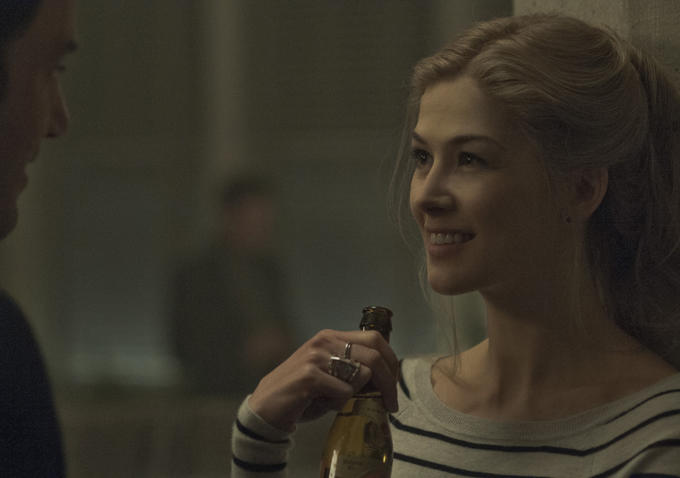 On average, moviegoers paid $8.12 to see a film in 2014. Those of us living in major cities, however, have grown accustomed to handing over $12.50 or more for the cinematic experience. Given the extreme cost of going to the movies (don’t forget the addition of popcorn and parking), it’s not surprising that a trip to the movies, for many, is an inferior option to the latest cable show or hit podcast, which is to say nothing of the images emerging across the world — from Raqqa to Ferguson to midtown Manhattan — rivaled the greatest cinematic fabrications in both scope and drama.

Yet I still love movies and what they can achieve. Below are my ten favorites of the year (keep in mind there are a handful of distinct films that I have yet to see, ranging from Selma to Winter’s Sleep). The titles I selected are different from one another thematically, stylistically, and narratively, but all created an experience that felt uniquely “cinematic.” In other words, these are the reasons I still go to the movies. The most celebrated and successful “weird” blockbuster of the year featured a talking raccoon, but that concoction didn’t even approach the level of weirdness that ran through Darren Aronofsky‘s sixth feature, Noah. Though the core elements of the biblical tale are present (animals two by two, an ark, and an omnipresent/omnipotent Creator), Noah pulls its imagery from a myriad of predecessors, none of which are biblical films. Aronofosky fills his effort with hallucinogenic visions of a paradise lost and fallen angels. It’s an overwhelming blend that results in something like a spiritual experience. Jim Jarmusch is a keen explorer of different cultures and cities. Who knew vampires and Detroit had so much left to explore? Only Lovers Left Alive is proud to champion its artistic and idiosyncratic infatuations, and Jarmusch finds two performers tailor-made to present a life of endless malaise in Tom Hiddleston and Tilda Swinton. Kelly Reichardt‘s paranoia-inducing thriller was quite the surprise. I was unprepared for the vast scope and ambitious set-up, all as it keeps political statements secondary to the experiences of its trio, played by Jesse Eisenberg, Dakota Fanning, and Peter Sarsgaard. Night Moves transitions from a detailed procedural to a disturbingly bleak, subjective portrait of guilt and paranoia. In this, the film reveals itself as a formidable work.

I’m not sure if Fincher taps into anything profound here regarding relationships or gender. He does, however, craft a visceral experience that pummels the viewer with its phantasmagoric narrative and images. As the noose tightens around Nick Dunne (an excellent Ben Affleck) shot by shot in the film’s first third, you realize you’re in the hands of a gifted filmmaker. Once the Gillian Flynn adaptation reveals what happened to the one and only Amazing Amy, played by Rosamund Pike, it releases some of the most unsettling and macabre sequences of 2014. I approached Pawel Pawlikowski’s Ida with a cautious eye, worried that the purity of its images and themes would somehow be tarnished before a brief 80 minutes had filled out. The magic of the film, besides the faces of performers Agata Kulesza and Agata Trzebuchowska, is maintaining a level of grace and humility in the face of its dramatic revelations. It seems like few films this year even attempted to mount the sort of energy writer-director Damien Chazelle brought to Whiplash. The film punctuates its fantastic musical sequences with slick camera moves and precise cuts that are reminiscent of what Scorsese or Demme accomplished in films like The Last Waltz and Stop Making Sense, respectively. And, yes, J.K. Simmons and Miles Teller are as good as everybody says.

This gutted me to the point that I’d rather not get upset again by writing or thinking too much about it at this moment. Marion Cotillard and her directors (Jean-Pierre & Luc Dardenne) operate in tandem to bring an unwavering emotional experience. This may be the Dardenne film that has most resonated with me.

3. Under the Skin (Jonathan Glazer) This is Wes Anderson‘s most accomplished film since The Royal Tenenbaums, and Ralph Fiennes as Gustave is amongst my favorite performances of the year. Those of you not already in sync with Anderson’s eccentric cinematic universe might not be helped by reading Matt Zoller Seitz. (Though you can always try.) You either click with the man’s films or you don’t; I happened to enjoy every frame of this Euro-fable-heist.