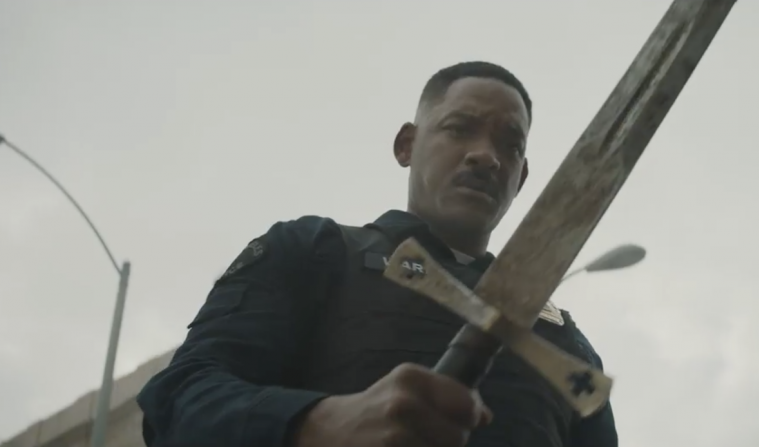 Will Smith Enters a Fantasy World in First Teaser for ‘Bright’

Netflix still hasn’t formally announced their reported acquisition of Martin Scorsese’s The Irishman — with a ballooned budget now at $125 million — but the company has a few more high-profile original films coming before then. This summer will see the release of Bong Joon-ho’s monster movie Okja, then later this year they’ll release the $90 million sci-fi action feature Bright.

Coming from David Ayer, who has a proclivity for both cop dramas and fantasy (as seen in his Oscar-winning tentpole Suicide Squad), the two worlds merge with his next film. Following Will Smith as a human detective who teams with an orc cop (Joel Edgerton) to regain control of a magic wand from evil forces, it sounds just peculiar enough to pique our curiosity. The first teaser has now arrived, which runs a brief 30 seconds as it introduces this strange world of creature-filled policing.

Set in an alternate present-day where humans, orcs, elves and fairies have been coexisting since the beginning of time, this action-thriller directed by David Ayer (Suicide Squad, End of Watch, writer of Training Day) follows two cops from very different backgrounds. Ward, a human (Will Smith), and Jakoby, an orc (Joel Edgerton), embark on a routine night patrol that will alter the future of their world as they know it. Battling both their own personal differences as well as an onslaught of enemies, they must work together to protect a young female elf and a thought-to-be-forgotten relic, which in the wrong hands could destroy everything.

Bright will arrive in December.