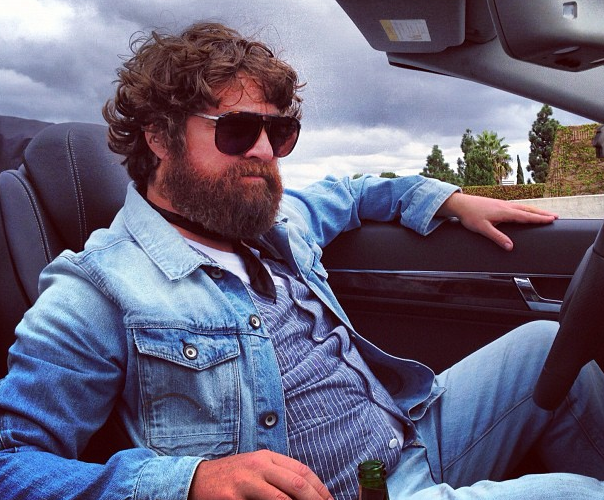 Will a Wolfpack Member Die In ‘The Hangover Part III’? Plus First Look at John Goodman

Knowing Todd Phillips, the final entry into The Hangover series will surely be concluding with a bang, but just how loud will it be? We’ve gotten word from those involved that the currently shooting third film will change up the format and provide a definitive ending, perhaps even spelling the death of some characters. While we thought that could have been a joke back then, Phillips has provided some new hints thanks to his Instagram feed — yes, it’s even invading Hollywood film sets.

While most of the filtered images are inconspicuous shots of Bradley Cooper, a tattoo-less Ed Helms, Zach Galifianakis, Justin Bartha, Ken Jeong and more lounging around, we do have a look at some of the gang dresses in black for what looks to be funeral. It could certainly mean nothing, but its enough to arouse suspicions on the whereabouts of Alan, so place your bets now. Heather Graham, Melissa McCarthy, Jeffrey Tambor, Gillian Vigman, Sasha Barrese and Jamie Chung make up the rest of the cast and one can see our first look at John Goodman in a villain role below, amongst the rest of the photos.