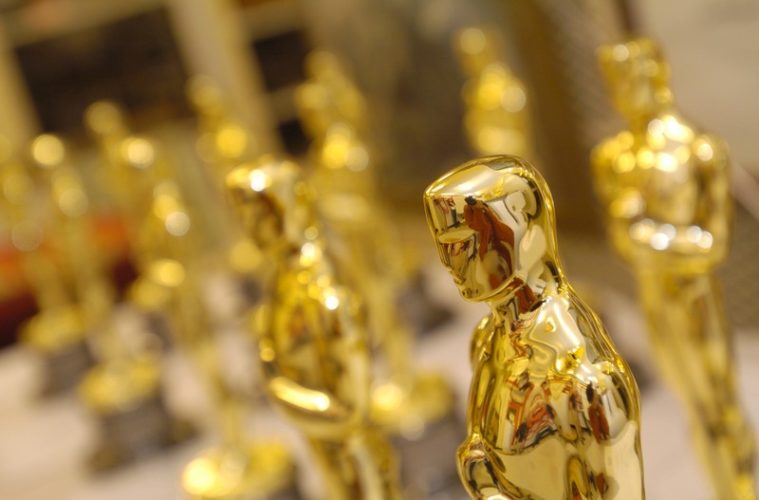 In the second time in two years, the Academy of Motion Picture Arts and Sciences have changed their Best Pictures rules. For the last two ceremonies, they have upped the nominations for the coveted prize from five to ten, returning to their earlier roots. Now, they’ve decided to actually add some surprise to the events.

In an official press release, they’ve decided to enact a new system where the nominations could range from anywhere between five to ten films, and we won’t know until that early morning January announcement. As voters usually do, they rank their favorite films in order. With the new system any film that gets at least 5% of first place votes will be given a nomination. For example, in their study, the average percentage of 1st place voice that the #1 film got was 20.5%. But what does that mean for those that simply like to follow the ceremonies?

This past year we more or less knew what was going to get nine of the ten slots. On the fringe, it looked like Winter’s Bone and The Town were battling it out, with the former receiving the victory. By not announcing until the nominations are revealed, there is an added element of surprise. Will your favorite blockbuster or underdog film make the cut? Will that prestige picture get snubbed? It also creates a twist in the prediction game, forcing pundits to work a bit harder to analyze what truly are the best films of the year, not easily naming the ones that are needed to round out the batch.

One of the biggest misfortunes of having ten automatic Best Picture nominations was the inclusion of some films that were less than deserving. The Blind Side sticks out like a sore thumb, but did films like The Kids Are All Right, 127 Hours, and An Education truly deserve a coveted nomination? They were each recognized for their separate strengths whether it be acting or screenplay nominations, but when it comes as a complete package, they fall short of the top prize. By focusing on those “number one” films and nominating just those that deserve it, The Academy has lessened the dilution of the award. Now, “a Best Picture-nominated film” may mean something again.

The biggest complaint each year seems to lie with the actual awards show. No one is ever pleased, whether it be the guests, the musical numbers, the award presenters, the videos, or the entire presentation. By possibly focusing on a smaller number of films, there is the hope that the Academy will attempt to pull back its mass appeal broadcast and cut away a lot of the extremities. Again, this is not likely, but with the rule changes they are undergoing, they could use a little change-up in the ceremony as well.

The legacy of the Academy may not be that esteemed in the first place. They’ve made plenty of bizarre choices when it comes to award winners throughout their history, and a lot of those are based on a film’s campaign instead of its quality. But there’s always been a tradition among the ceremony; the five best picture nominees set at least one thing in stone, but they erased that by giving the show a populist slant and switching to ten. By now changing the number of nominees to a varying amount per year, they come across more and more as people struggling to maintain relevancy in a world that’s realized they’re silly. Because of the constantly shifting rules, any sense of order has been eradicated at this point. Nothing is sacred with these people; “boldness” and “freshness” have taken precedence over something that just makes sense.

One of the worst-kept secrets about the Academy Awards, as mentioned above, is the fact that many of each year’s picks are the result of marketing campaigns, and not the movies themselves. Ten nominees gave some breathing room for other films, but the ugly trend still continued – and this most recent change will only make things worse. Academy executive director Bruce Davis said that they “shouldn’t feel an obligation to round out the number” of films given a nomination. However, will studios feel obligated to increase their marketing in hopes of getting a spot? When there was an absolute number, there was at least a sense of finality to it. An indeterminate amount of new nominees might lead to studios fighting extra hard to either earn or open a new position for their film. I expect even more “For Your Consideration” ads to pop up in about six months, but one thing won’t change: the person with the biggest wallet will win out once again. It’s just a matter of how many rich companies can be bestowed such an honor. Which, conveniently, leads me to my third point…

One of the only things that I feel the ten nominations improved upon was the larger presence of “underdog” movies – ones that wouldn’t have gotten much attention if it wasn’t for a Best Picture nomination, and ones that wouldn’t have gotten that in the first place if it weren’t for twice as many openings. Now that there’s more pressure to get your movie a spot, bigger films will get a harder push. This ends up leaving less room for something like Winter’s Bone or A Serious Man. The Academy doesn’t feel that they need to “round out the number,” but what will get swept under the rug in favor of them having to make less choices? Ultimately, I find the whole concept of awards for movies that have already been released and seen to be unbelievably silly, but knowing that millions upon millions of extra people can hear about a movie simply because its name is said on worldwide television – to me, at least – is kind of nice. I think that’s going to be a thing of the past, now that the main studios will spend even more money to make sure that something (of a potentially lesser quality) will receive a nomination.

For more on the rule changes, including some Best Animated Feature fixes, check out the official site. In the meantime, stay tuned to TFS for your Oscar 2012 coverage.

What do you think these rule changes will bring? Are you happy or should they have stayed the way they are?