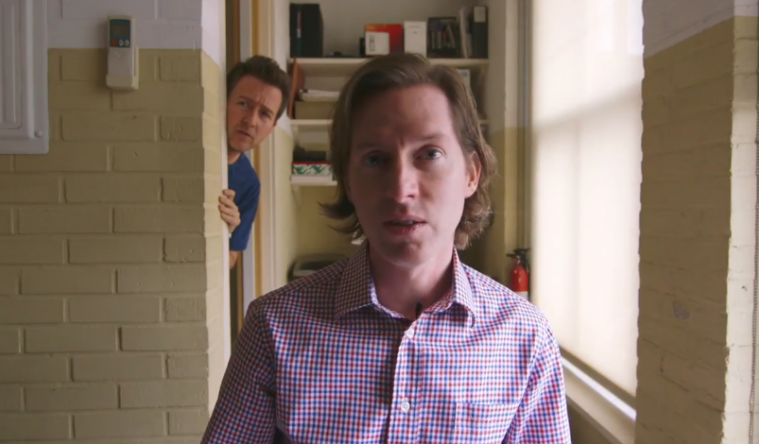 It’s been over a year since we learned that Wes Anderson would be returning to the world of stop-motion — and instead of foxes, he’ll now be bringing dogs to life in a Japanese-inspired tale. With recent word that he was already in London working on the pre-production, a new video has arrived to announce that production has started, along with a full cast list, concept art (see to the right and below), and a character tease.

While the first teaser is presumably a long ways off — considering the meticulous, extensive process of stop-motion — he does show a brief look at Norton’s doggie character of Rex. This video was specifically made for a charity opportunity to benefit Martin Scorsese‘s Film Foundation, which protects and preserves films from around the world.

Check out Wes Anderson’s announcement below, along with a teaser poster featuring concept art, and see more about the charity raffle opportunity — featuring the opportunity to be a voice in the film — at Crowd Rise. Also, it’s a perfect time to revisit the director’s recent offering of holiday cheer.

Proceeds from Wes’s raffle will go to the Film Foundation, a non-profit organization founded by Martin Scorsese dedicated to protecting and preserving motion picture history. By working in partnership with archives and studios, the foundation has helped to restore nearly 700 films, which are made accessible to the public through programming at festivals, museums, and educational institutions around the world. The Film Foundation’s World Cinema Project has restored 25 films from 19 different countries representing the rich diversity of world cinema. The foundation’s free educational curriculum, The Story of Movies, teaches young people – over 10 million to date – about film language and history.

Isle of Dogs will likely arrive in 2018.