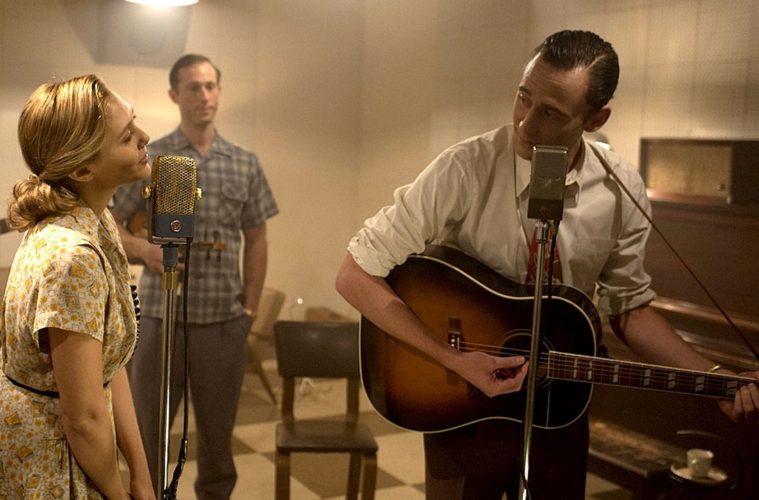 Watch: Tom Hiddleston Moves it On Over in First Clip From ‘I Saw the Light’

Premiering at the Toronto International Film Festival shortly is I Saw the Light, the Hank Williams biopic which finds Tom Hiddleston in the leading role. Coming from longtime producer Marc Abraham (Children of Men, Dawn of the Dead), whose directorial debut was Flash of Genius, the first clip has now landed, featuring Hiddleston in the studio crooning out one of Williams’ biggest hits.

TIFF’s Piers Handling says, “I Saw the Light is a celebration of musical genius, but also a poignant illustration of a restless soul who left a trail of heartache and fractured relationships. Hiddleston’s revelatory work is bolstered by a brilliant cast, in particular Olsen and Hasson, who embody the pain of women who, in their own ways, were as complicated and damaged as the man they loved.” Also starring Elizabeth Olsen, Bradley Whitford, David Krumholtz, and Cherry Jones, check out the clip below.

Hank Williams wrote and recorded some of country music’s most enduring songs before his untimely death at age twenty-nine. These songs were fuelled by a blend of turmoil and heartbreak — not surprising considering the Alabama-born balladeer’s private life, which director Marc Abraham brings to the screen with a clear-eyed appreciation of the man’s complexity. Taking stock of the central moments in Williams’ too-short career, which began when he was barely a teenager, I Saw the Light focuses, as it should, on the flaws of an artist who was endearing to his audience and enraging to his wives and lovers.

At the core of this film is Tom Hiddleston’s magnificent performance as Hank. Not only does the English actor capture the singer’s charm and caprice, he also sings all the songs.(Hiddleston appears elsewhere at the Festival in Ben Wheatley’s High-Rise.)

When Hank marries Audrey Mae Sheppard (Elizabeth Olsen) at a gas station in 1944, success is only a few years away, but Audrey proves a challenge as she replaces Hank’s mother as the prime influence in his career. Though ambitious, Audrey is a woman of limited talent, and Williams is caught between listening to friends who tell him to remove her from his act and a wife who will listen to no one.

With fame, Williams grows increasingly erratic in his behaviour as alcoholism and drug abuse begin to take their toll. And yet the story really gets rolling when, at one of his concerts, Hank spies the young Billie Jean (Maddie Hasson), an aspiring singer who will eventually become his widow.

I Saw the Light opens on November 27th.