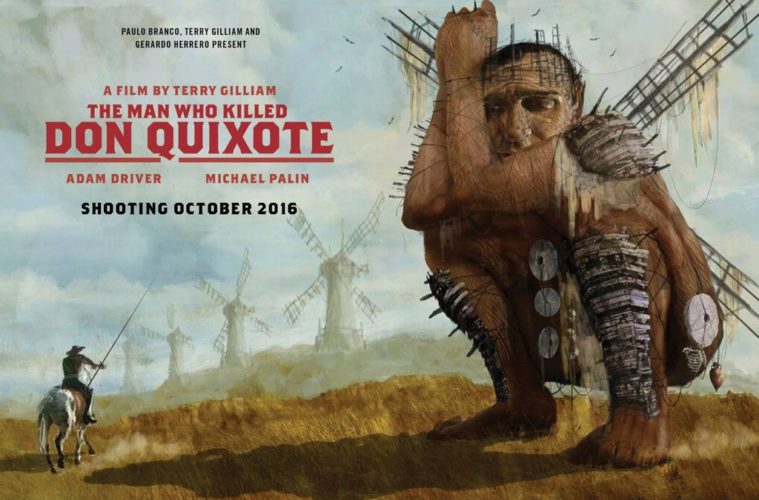 Never give up on your dreams, people. If Terry Gilliam can go through a cancelled production and more than fifteen years’ worth of failed attempts… well, hopefully you don’t have to, too, but just know that such struggles can be overcome. The Man Who Killed Don Quixote, in its newest and (seemingly) most resilient form, is moving forward with Adam Driver, Michael Palin, and Olga Kurylenko — so much so that the director and producer Paulo Branco recently attended Cannes for the purpose of officially announcing its development. (Which still isn’t the furthest a production has gone, but…)

What would initially seem a dry presentation — you have to love that static camera! — quickly becomes revealing, from details of production’s start (October) to when it might premiere (Cannes 2017) to why his (thus-far-announced) cast makes for the a perfect choices. (Short story: Driver is the only actor to read Cervantes’ text, so involved on that front as to send suggestions for Gilliam and Tony Grisoni‘s screenplay; everyone likes Palin; and Kurylenko in a blonde wig is “better than Ivana Drumpf ever was.”) A bit of typical pre-production pomp and circumstance? Maybe, though the fact that Gilliam’s presence remains as bouncy as ever gives it more life than a press conference necessarily deserves. The slow and tortuous crawl to completion notwithstanding, The Man Who Killed Don Quixote has a new sense of life, and all things considered — including the scoring duties from Alberto Iglesias, revealed herein — that’s a fine thing.