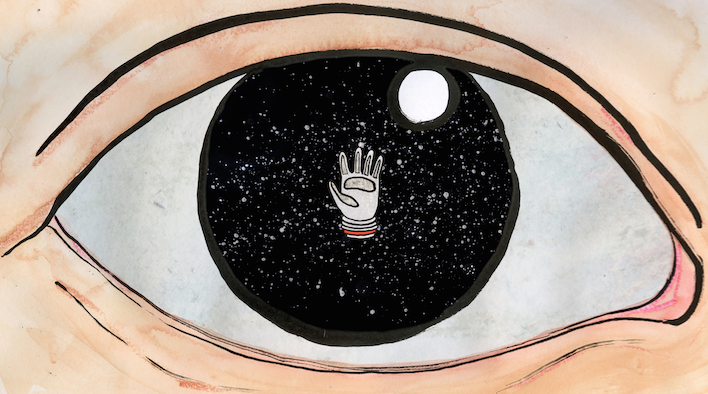 One of the best films I saw at Sundance this year was not a feature-length one, but rather the short Glove, which fittingly screened before another space-related feature Operation Avalanche. Directed by Alexa Haas and Bernardo Britto, it’s an animated look at the true story of a glove that has been taking a journey through space since 1968. Hatched from an idea after viewing the NASA documentary For All Mankind, it’s a wistful, gorgeously rendered look at space and time.

“That glove carries with it everything that went into the making of it,” Britto tells The Wrap, who debuted the short online. “Whereas Yearbook [her previous film] says we’re all going to be forgotten and this doesn’t really matter, Glove is saying that even though we can’t tell how far our actions and the things we make will go, they do have an impact on things and will go on forever.”

Check out the short below, which also won a Grand Jury Prize at SXSW, through August 23rd.

Glove is part of the Shortlist Film Festival. Vote for it and see other entries here.