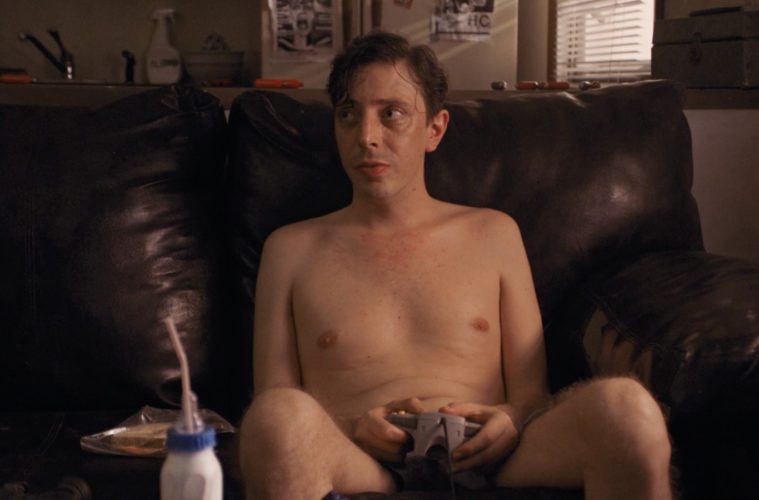 Watch: Show Me the Money in Exclusive Clip from Joel Potrykus’ ‘Relaxer’

When it comes to indie filmmaking, few directors get as much mileage out of their limited budget than Joel Potrykus. Rooted in an often humorous, dark perspective, his work puts character first and his latest film, Relaxer, is perhaps the most ideal example of his inventive eye. Arriving in theaters in the director’s hometown of Grand Rapids today (and expanding to NYC and beyond starting next week), the film follows a couch-bound challenge taken to the extreme as Y2K approaches. We’re pleased to present an exclusive clip from the film, which features Joshua Burge getting a visit from Andre Hyland (who also steals the show in the Sundance hit The Death of Dick Long) as they discuss Jerry Maguire and present a challenge within a challenge.

John Fink said in our review, “While many indie filmmakers like Andrew Bujalski started making films in apartments with their friends and scaled up to larger projects, Michigan-based madman Joel Potrykus has gleefully and unapologetically scaled down as his career has progressed. His fourth outing, Relaxer, barely even takes place in an apartment, but rather in the corner of a living room where Abbie (Joshua Burge) is stuck on a couch for nearly six months. While staying there, his cruel (or tough love) brother Cam, (David Dastmalchian),  gives him a series of challenges. For the first one, he needs to drink a gallon of curdled milk out of nine baby bottles. Under the watchful eye of a Sony handicam, he’s not permitted to leave the couch under any circumstances until he’s finished. It’s these type of scenarios that are all over Relaxer, an unsettling and unapologetic comedy of untold horrors. A borderline masterpiece of “what the fuck” insanity, films that are simultaneously this absurd and this watchable are a feat.”

Doom and gloom are on the way. The Y2K apocalypse can’t be stopped. Abbie’s older brother issues him the ultimate challenge before it goes down: beat the infamous level 256 in Pac-Man and no getting up from the couch until he does so. Abbie’s survival story begins here; inside a rotting living room with no food or water, and a revolving door of numb-nut friends and acquaintances. It’s THE EXTERMINATING ANGEL by way of SLACKER. Relaxer is now in theaters and expanding in the coming weeks.