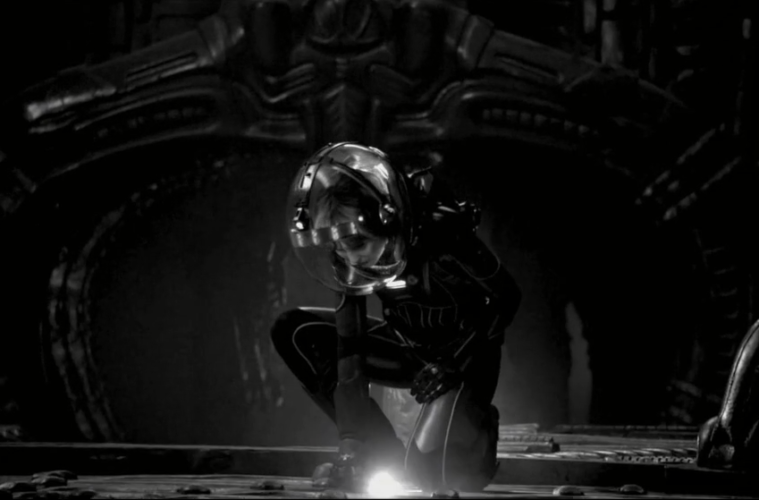 To paraphrase a popular saying: If Derelict didn’t exist, Steven Soderbergh would have to make it in his basement and post it online. The director’s recut–happy spirit can be detected in a project combining Ridley Scott‘s Alien and Prometheus into a single, black-and-white, two-and-a-half-hour feature that seeks to find their significant commonalities and how they might form a decade-spanning narrative. Rather than Bitchuation himself, this labor of love has been taken up by Job Willins, and his work has been gaining some traction online. [The AV Club]

Not unsurprisingly, I might add. Although just about anything that mashes up geek property will earn a bit of traction, this is something that, unlike 99.5% of mash-up culture, has some artistry behind it. He’s balanced the two through the manipulation of soundtrack, strong choices in transitional shots, juxtapositions, semi-matching cuts, and more — in turn standing out as the work of someone who’s extensively studied both films with this concept in mind. I might not find the black-and-white palette totally suitable at every moment — these are already dark-tinted films, for one thing, and it appears the process was achieved by simply clicking a filter in some editing program — but such a unification is arguably more effective than most other processes. All in all, a fascinating effort that’s worth the time of anyone who likes these films — or, in the case of Prometheus, needs some proof that it fits into the Alien chronology.

Update: As expected, Fox has removed the video. We’ll update if a mirror arrives.