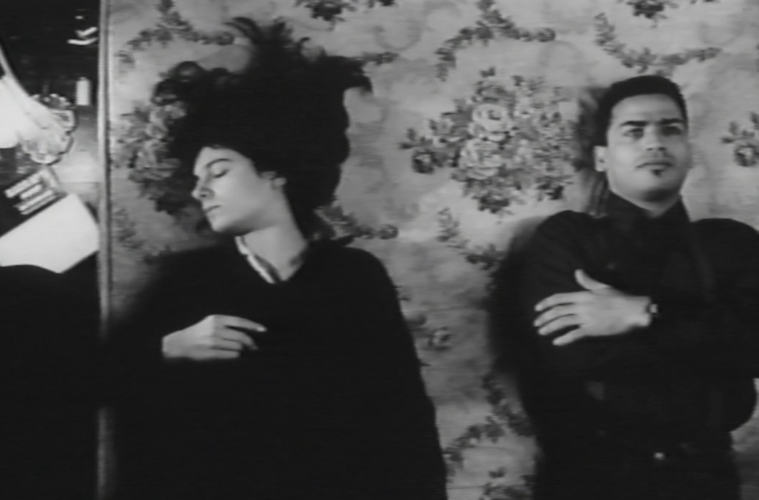 Le Cinéma Club, the boutique one-per-week streaming service, returns with… admittedly, vengeance is a strong word, so maybe not that, but certainly a thrown-down gauntlet. Visit their redesigned site and you’ll be greeted by Claire Denis’s ultra-and-I-mean-ultra-rare Keep It for Yourself, a 1991 featurette–distinguished for: marking her only time shooting in the United States, featuring appearances by Vincent Gallo and Sara Driver, having music from John Lurie, and being the first production of Ted Hope and James Schamus’s Good Machine–that’s remained a mystery essentially as long as it’s existed. Which is a nice bit of myth-making (ditto having been rescued from the oblivion via a VHS purchase) that would mean little should the film prove deficient.

To our fortune, Keep It for Yourself is a lovely curio both emblematic of its author (obscure narrative points, direct sensuality, sudden and tangible dangers) and not quite in line with the vision one has of Denis. (Complicated as that often is.) Its recovery is a proper blessing with which to begin your weekend. Don’t take it (or a list wherein Denis details her relationship with five films) for granted.

“Everything was new and the experience changed everything for me. Facing the cold, the blocked streets due to the Gulf War (which broke out during our shoot), a tiny budget and the different expectations of an American film production made me discover an ease and facility that I did not think I had. It was incredible to meet people like James Schamus or Vincent Gallo, and to have Agnès and Sara by my side.”

Keep It for Yourself can be seen, for free, over the next seven days at Le Cinéma Club.