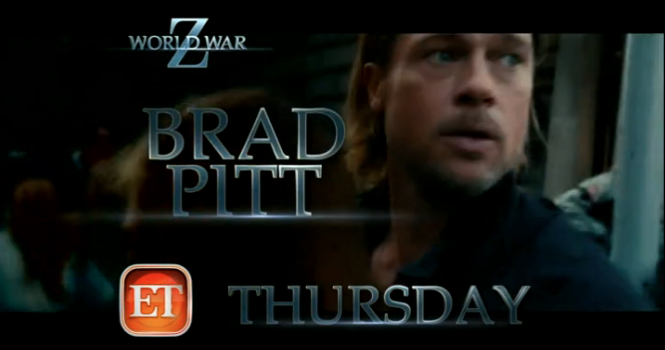 Watch: Brad Pitt and An Army of Zombies In First Footage From ‘World War Z’ Considering the insane amount of money Skyfall has raked in overseas already, Paramount have done the smart thing and plan to debut the first trailer for their big summer tentpole World War Z with the US release of the latest James Bond film this weekend. As per usual, Entertainment Tonight have gone and butchered the first footage from this teaser with their quick peek before the official debut.

We’ve heard many, many, many, many (did I say many?) stories about Marc Forster‘s troubled production for this one, but it’s nice to be able to simply judge this first footage on its own. We’ve certainly got quite a bit of Brad Pitt already in this look, but one can already see the sheer scope is something to behold with a plethora of fast-moving zombies. While this quick look seems to sway heavily into CG territory, I look forward to the full trailer this Thursday. For now, check out the tease below along with a preliminary poster absent of our director, but makes sure to mention its star.