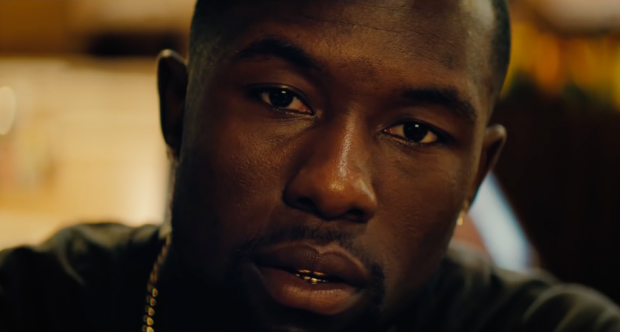 A buzzed-about trailer led to the year’s most acclaimed film, the year’s most acclaimed film has created a minor cultural phenomenon, and what comes next might be a historic occasion — but we’ll save that for later, or simply leave it up to the prognosticators. If it seems a bit too difficult to escape Moonlight, forgive us for adding onto the pile with three videos that, first, show us where the film came from and then illustrate the film’s creation.

First is My Josephine, a very Wong Kar-wai-esque short that Barry Jenkins and DP James Laxton (read my interview with him here) collaborated on in 2003. On his Vimeo page (via No Film School), he describes it like so:

“My first short film, photography by James Laxton, as always. Still my favorite. Written shortly after 9/11, wasn’t actually made for another year because of the way things shook out in school. Inspired by three things: the marquee of a Tallahassee laundromat shortly after 9/11 reading ‘American Flags Cleaned Free,’ an image in my head of two people sitting atop folding tables, and my housemate at the time being obsessed with Napoleon.

We were very young men when we made this film.”

Then there’s a behind-the-scenes talk from this year’s NYFF featuring Jenkins, Tarell McCraney (author of the source material), and producers Dede Gardner, Jeremy Kleiner, and Adele Romanski., as well as a 30-minute discussion with stars Trevante Rhodes (read our interview here) and André Holland. If you’ve seen Moonlight, you know the significance of this pairing; the chemistry displayed herein doesn’t disappoint.

Watch the videos below: