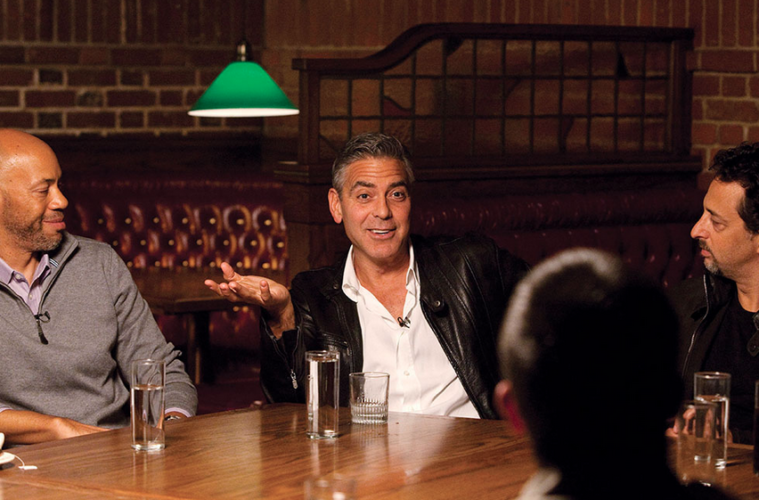 Watch: 50-Minute Roundtable With Writers Behind ‘Gravity,’ ’12 Years a Slave,’ ‘Before Midnight’ & More After sitting down with Matthew McConaughey, Jake Gyllenhaal, Forest Whitaker, Michael B. Jordan, Josh Brolin and Jared Leto for an extensive 50-minute actors roundtable, it’s time for the writers to talk. Once again gathered by The Hollywood Reporter, the latest roundtable features Before Midnight‘s Julie Delpy, 12 Years a Slave‘s John Ridley, The Butler‘s Danny Strong, Gravity‘s Jonas Cuaron, Enough Said‘s Nicole Holofcener, as well as George Clooney and Grant Heslov, whose The Monuments Men was pushed to 2014 after the conversation was recorded.

Among the many topics discussed are breaking into the business, the process of rewriting, influences, responsibility when it comes to true stories, cracking the script, advice and much more. Delpy also talks about how her agent didn’t approve of the direction she was headed in with Before Sunset and fired her the day she handed in her script, while Cuaron briefly discusses A Boy and His Shoe, a project starring Charlotte Gainsbourg that was set to go with his father before Gravity, but financing fell through (we imagine it’ll be easier to get now). Check out the full conversation below.

What’s your favorite screenplay of the year?