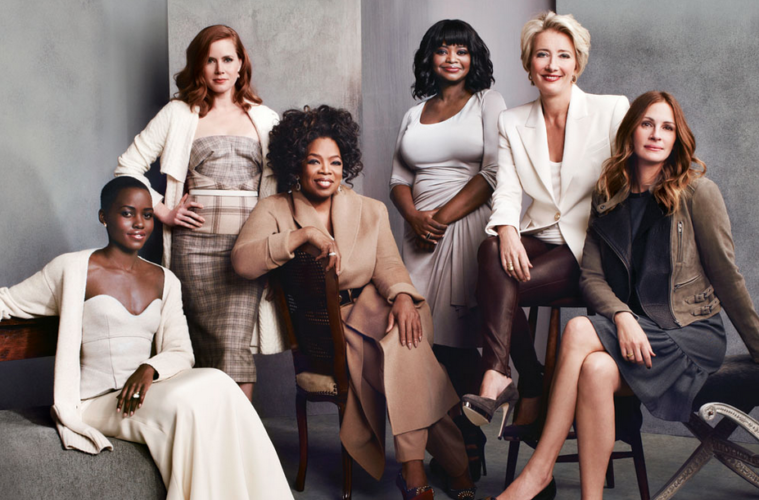 After talks with the year’s directors, actors, producers, screenwriters and cinematographers, amounting to hours of useful insight when it comes to the Hollywood industry, THR is rounding down their yearly roundtables with a group of some of the finest actresses to grace the screen in 2013. This year’s group features Amy Adams (American Hustle, Her), Emma Thompson (Saving Mr. Banks), Octavia Spencer (Fruitvale Station), Oprah Winfrey (The Butler), Julia Roberts (August: Osage County) and Lupita Nyong’o, the break-out star of Steve McQueen‘s 12 Years a Slave.

Among the topics discussed are the best and worst advice given (including a great quip by Winfrey on the set of Steven Spielberg‘s The Color Purple), scariest moments on set and Nyong’o’s first experience in the industry (working as a production assistant on The Constant Gardener). Perhaps the most touching exchange is between Winfrey and Nyong’o, as the latter says she became an actress after seeing Oprah’s performance in the aforementioned Spielberg film. One can check out the full conversation below.