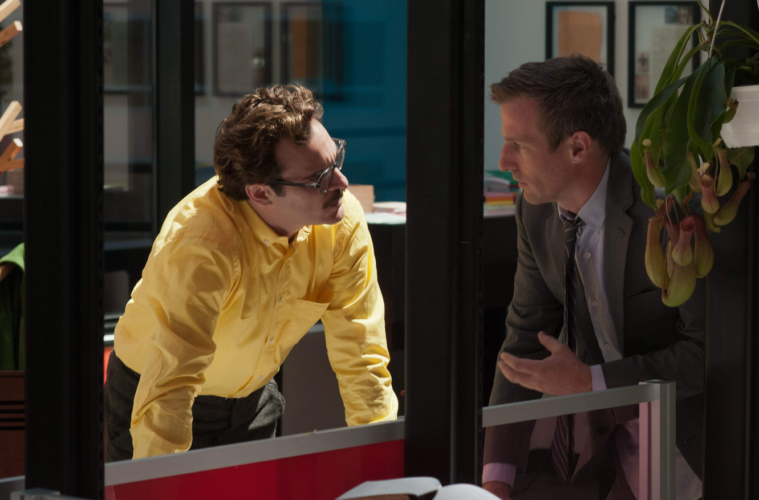 Watch: 15-Minute Documentary On Spike Jonze’s ‘Her’ Explores ‘Love In the Modern Age’ From its inception, Spike Jonze’s Her was crafted as an unconventional love story, so it’s no surprise it’s marketing is as well. We recently got a behind-the-scenes featurette that took an uncommon, welcome approach, highlighting music from Arcade Fire and more. Now we have a 15-minute documentary on the film, but more precisely, the themes of the Joaquin Phoenix-led project.

Directed by Lance Bangs (a longtime collaborator with Jonze, who has also directed music videos for the aforementioned Arcade Fire, Nirvana, Kanye West, Sonic Youth and more), Her: Love In the Modern Age asks a variety of people to describe love in its various stages and what it means to them, as well as technology’s impact. Featuring Marc Maron, Charlyne Yi, Bret Easton Ellis, James Murphy, Olivia Wilde, and many more, it’s a fascinating accompaniment to the film, either before or after you see it.

Her is now in wide release.

What do you think of documentary? Does it help you appreciate the film more?