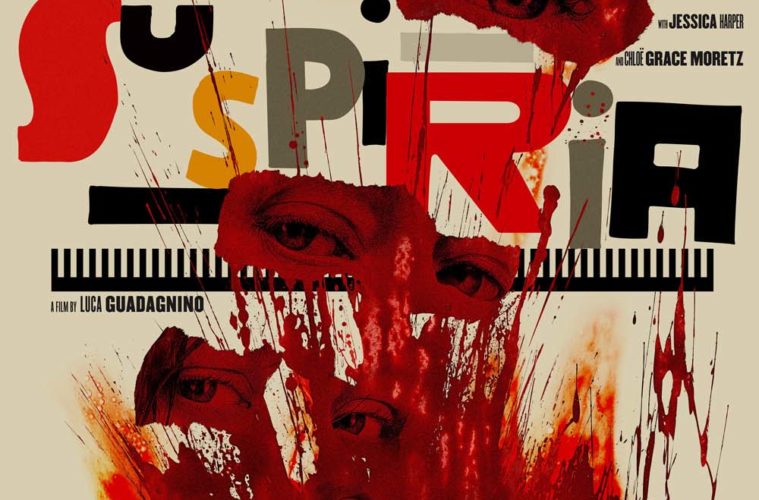 Luca Guadagnino does a lot of things very, very well. Indeed, it is hard to think of a working director more adept at capturing the tactile delights of stuff like touch; taste; swimming pools; seduction; fabric; desire; food; dance; rich people; Tilda Swinton; Tilda Swinton eating; Tilda Swinton dancing; Tilda Swinton swimming; and so forth and so on. One thing he does not do so well, perhaps, is horror. But that might not matter so much when it comes to Suspiria, his 1970s- and Berlin-set reimagining of Dario Argento’s justifiably adored masterwork of the same name.

Granted, Argento’s was always going to be a hard act to follow (and we’ll have to wait to hear what the diehards have to say), not least for the fact that Argento himself has resisted a remake for years (although this one was given his blessing, as far as we know). Guadagnino has, however, almost managed to pull off the impossible with this new Suspiria, a lavish, kitsch-porn piece of not particularly scary macabre horror that bears the director’s signature aesthetic stamp while staying loyal to the original in many ways.

A Bigger Splash alum Dakota Johnson slips into Jessica Harper’s satin slippers to play Susie Bannion, a young American woman who arrives in West Berlin to audition for a contemporary dance school that may or may not have satanic lacquer on its beautiful parquet floors. The ruler of this supernatural coop is one Madame Blanc (Tilda Swinton), a celebrated choreographer with a taste for cigarettes, Bauschian body movement, and, apparently, suggestible young women. Susie can dance and appears to be easily swayed. You might see where this is headed.

The school’s doors open up to a long stretch of the Berlin Wall, an edifice that Guadagnino somewhat superfluously utilizes– alongside the Baader-Meinhof bombings and the hijacking of Lufthansa Flight 181–to give weight to Suspiria‘s much-beloved shlock. It kind of works, depending on what you’re into, although I couldn’t shake the sense that the politics were nothing more than decoration here, a pretense sprinkled on by the director that ultimately takes away from the campy humor that is so much a part of the Giallo brand. Redundant or not, however, that real-world connection does allow screenwriter David Kajganic to add a subplot to Argento’s tale: that of an elderly psychiatrist (Luts Ebersdorf) who has been treating a number of the women, those unlucky few who have lost the plot.

The doctor’s storyline is the film’s most sympathetic, involving an absent wife who fled the Nazis and ended up in a camp where she may have died. It’s during these scenes that Thom Yorke’s score–which pays fine homage to Goblin throughout, but is frankly jarring whenever we hear the Radiohead frontman’s unmistakable voice–finds its most beautifully melancholic flourishes.

Such flourishes are what this director is all about, and Guadagnino’s films are nothing if not exquisitely constructed–especially with regards to their stunning, multi-lingual, very much on-point casts. Indeed, Swinton is perfectly Swinton as the domineering instructor as is Johnson perfectly Johnson in another good-girl-gone-bad role, though perhaps meek-girl-gone-maniacal is more appropriate. But it is, as ever, Guadagnino’s eye for the tactile–currently unparalleled in cinema–that makes his film tick: the costumes, the color palate, the violence of the sound design, the breaking bones, Dakota Johnson’s hair. Even the film’s goriest moments could be mistaken for a perfume ad. The less said about the West Berlin period detail, the more I can go back and devour it all again.

It’s difficult to fault a film made with that sort of skill and craft–beautifully shot by cinematographer Sayombhu Mukdeeprom, inventively edited by Walter Fasano (both reteaming after Call Me By Your Name), and with fine performances throughout–yet I couldn’t shake the growing sense of superfluidity as the film ticked into its third hour. Suspiria was always going to owe a debt to Argento’s original, but we should note that it may have similar dues to pay to Rainer Werner Fassbinder and, more significantly yet, Andrzej Žuławski’s Possession, one of the best films about all the freaky shit that goes on in the German capital’s high-ceilinged rooms. All the mad genius behind Suspiria‘s design starts to look a little forced and just a touch insincere when placed next to those great films, and I would trade every inch of Guadagnino’s latest for the moment when Isabelle Adjani started throwing her shopping bags against that tube station wall.

Suspiria premiered at Venice 2018 and opens in theaters on October 26.