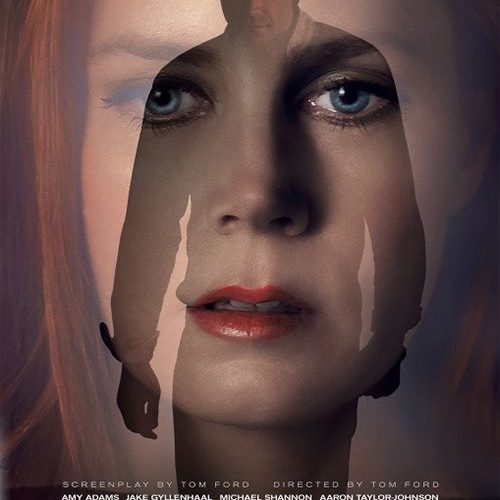 “You have to learn to enjoy the absurdity of our world,” says Michael Sheen’s L.A. socialite to Amy Adams‘ disillusioned art gallery owner at the after party of her latest flash contemporary vernissage. It’s the kind of line that suggests we might be in for some sort of highbrow Hollywood satire, but there’s so much more to Nocturnal Animals than that.

Based on Austin Wright’s 1993 novel “Tony and Susan,” and helmed by fashion designer turned polymath Tom Ford (A Single Man), Animals is the sort of narratively bold exercise in page-turning suspense and cinematic class that used to be synonymous with Hollywood. Adams stars as Susan Morrow, a wealthy gallery proprietor working in the upper echelons of the L.A. art scene, currently lost in a loveless second marriage to a dashing, younger art dealer named Walker (Armie Hammer). Susan’s past resurfaces when a manuscript from her ex-husband arrives in the mail titled Nocturnal Animals (dedicated to her and with a title taken from an old pet name they had), and with Walker out of town on “business,” Susan is left alone to devour it.

Surprisingly, it seems the text is not about her but rather a brutal crime on an interstate in West Texas. Susan piles through the pages unperturbed, almost in rapture, allowing its demons to sink into her own life, her work, and her current marriage. Ford lets the two timelines play out in parallel, with Susan in the real world and Jake Gyllenhaal playing both Edward, the author and her ex-husband, and Tony, the lead character of his text.

The fact that Susan pictures Edward when she reads is interesting, as the character’s wife is played by Isla Fisher — another red head, of course, but still not Susan herself. Gyllenhaal basically takes center stage at this early point — he might even have more dialogue and screen time — and it’s his story where Ford finds drama. The page-turner within the melodrama follows a husband and wife and their teenage daughter as they head out on a road trip at night. On the interstate they’re terrorized by a group of white trash thugs (led by Aaron Taylor-Johnson) who take them hostage. Tony manages to escape and enlists a local Sheriff (an unstoppable Michael Shannon) to help track them down.

The director’s deft handling of these ramped-up sequences — a totally different sort of filmmaking compared to his debut — makes you wonder what exactly Tom Ford can’t do. The interstate chase is a nail-biter. The manhunt with Gyllenhaal and Shannon later on plays like a wonderfully campy buddy cop movie. It’s in the gearshift between these worlds that Ford seems to struggle and yet, distracting as they may be, these lurches into reality accentuate just how cold Susan’s life has become. Her husband is clearly cheating on her but she doesn’t seem to mind; her gallery (shown as some sort of reflection of her subconscious) is occupied by the sort of shallow, immediate, soulless artwork you might find on the walls of London’s Saatchi.

It’s a world Ford presumably knows all too well — maybe even a bit too well, if Nocturnal Animals is anything to go by. Kudos will presumably be given for the movie’s digs at collagen injections, absurd parties, and tech-obsessed interns, but — perhaps not wanting to bite the feeding hand — each slight comes off as rather tame.

Edward’s novel does appear to switch a few lights back on and get Susan’s vital juices flowing. She begins to warm a little and become more introspective. Adams beautifully blossoms at this point, reflecting on her past relationship, as the prior coldness just doesn’t suit her.

With everything going on, Nocturnal Animals is the sort of narrative and tonal minefield that a lesser director could easily have gotten lost in. Ford allows us to consider and cherish each unique thread and wonder just how it could all possibly come together. Each place has its own vibe, almost its own genre, and it’s a credit to Ford, cinematographer Seamus McGarvey, and the entire production team that it works at all. This is the output of a great creative mind, testing the limits of this fanciful, wonderful tool he’s suddenly found at his disposal.

Nocturnal Animals premiered at the 2016 Venice Film Festival and will hit theaters on November 18.