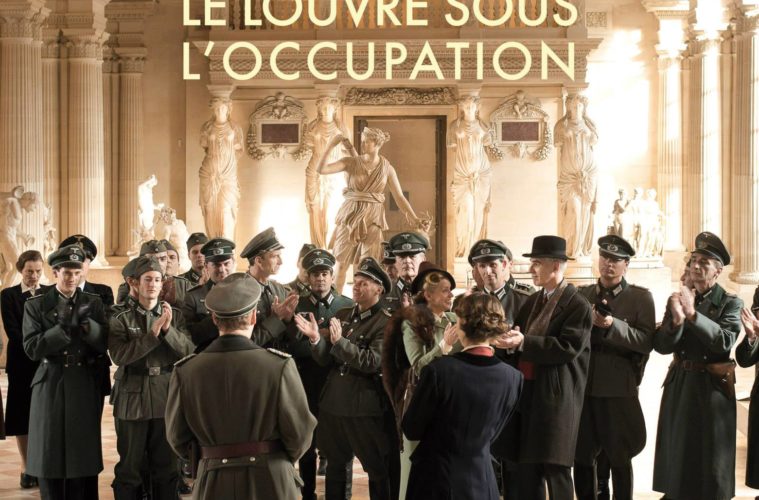 Who are we without museums? Supposedly a tribute to France’s artistic excellence throughout the centuries, Francofonia quickly reveals itself as an exploration of the Louvre, the role of a museum, and the clash between the abstract notion of artwork and certain inescapable circumstances of the real world. And yet, a French version of Russian Ark this is not.

It’s been four years since the Venice Film Festival awarded Aleksandr Sokurov the first major prize of his career, and whereas Faust was the unexpected final entry in his Men of Power tetralogy, his latest work seems to only superficially hark back to the 2002 one-take waltz through St. Petersburg’s Hermitage. Determined to prove the Russian Ark Marquise wrong — “Russians are so talented at copying, because they don’t have ideas of their own” — Sokurov is not reliving history among the many sculptures and paintings of the French capital, but rather asking what happens when history threatens to take them away. Again working with Faust DP Bruno Delbonnel, Sokurov makes labeling of his film impossible by mixing archival footage from the Nazi occupation of France during World War II, closeups of pictures and paintings, bird’s eye views of contemporary Paris, a bit of animation, Napoleon and Marianne wandering the Louvre’s empty corridors (“C’est moi! All of it” he proclaims), and a framing device that finds Sokurov at home in conversation with the captain of a ship carrying precious artwork. To anchor it all, we have a reconstruction of the meetings and relationship between Louvre director Jacques Jaujard and Franz Graf Wolff-Metternich, the Kunstschutz representative for the Reich during the occupation of Paris.

The pair ultimately did good and managed to save the artistic treasure of the Louvre through a careful game of stalling and moving things around until the liberation, but the central issue is (and always will be) fascinating: how sacred is art in the face of a cost in human lives? It’s a question that was elegantly addressed last year in Volker Schlöndorff’s excellent Diplomacy, and is here reworked by Sokurov as the starting point of a meditation rather than the quest for an answer.

The Sokurov of Francofonia seems different from his usual self — more doubtful, uncertain in his focus, perhaps more open. And the film duly mirrors the attitude of its maker, jumping from one barely formed thought to the next, tracking back, mixing things up, like we all do while visiting a museum, and letting distraction get the best of us for a minute. He tells us how he finds museums incredibly fascinating, but beyond that, you sense that the image of an empty museum is the one truly stuck in his mind. The act of removing a work of art from its shell is what makes it tangible, exposed, and real. And, in looking at empty shells, he gets to uncover the worst of us. The ship lost at sea is one metaphor too many, but in watching it disappear from Sokurov’s iMac screen and be replaced by 1940s footage of Paris — itself framed as an object by the soundtrack strip and the scratches — you can already see where Francofonia is going.

Of course, this being Sokurov, you can’t let the film lull you into abstraction and relativism. You’ll quickly find the director back to his brazen self, quizzing the viewer, urging us to really think about an answer, or sitting Jaujard and Wolff-Metternich down like obedient schoolboys to tell them what happens to them in the future. He’ll catch you off-guard by flipping over his own premise — yes, it’s great that these people found a way to collaborate and save the Louvre, but what about those who decided to fight without retreating and paid an unspeakable price for it? What about Leningrad and the Heritage? There’s a constant tension at work here, both historical and political, with Sokurov patiently bringing Russian Ark back into the fold in unexpected ways and getting to the very issue of what it means to be European. And that, in light of the current climate in Russia and Ukraine, makes Francofonia a surprisingly topical picture.

Francofonia premiered at the Venice Film Festival and opens on April 1st.