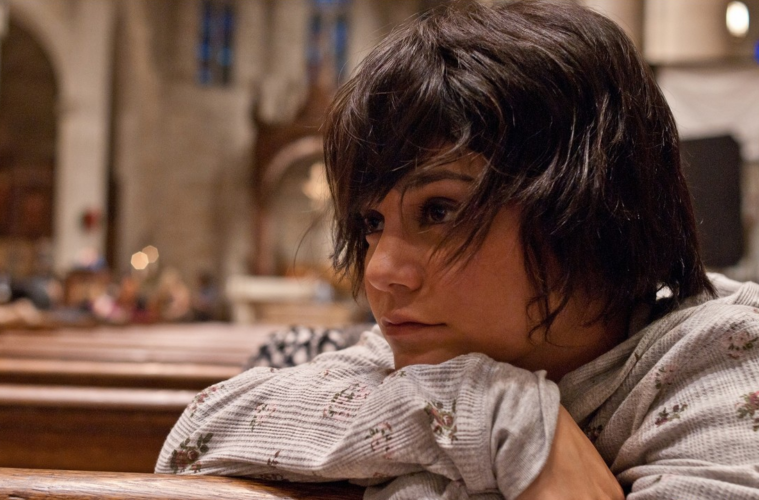 Not unlike her High School Musical co-star Zac Efron, Vanessa Hudgens‘ recent career choices have all hinted towards a 180-degree turn from her Disney-friendly days. We recently saw the actress go on a rampage in Harmony Korine’s Spring Breakers and jump on the stripper pole in The Frozen Ground; for her latest project, she’ll be tackling a true story in what looks to be her most dramatic project yet.

Gimme Shelter — no relation to a certain classic rock song, or one of the most influential documentaries of all-time — follows Hudgens as the 16-year-old Agnes “Apple” Bailey, who is struggling with pregnancy and a life of homelessness before finding caretakers in a local shelter. The preview paints an earnest story with a seemingly strong performance, but it seems a bit too on-the-nose for this writer, and with only one fairly untrustworthy critic being used for quotes, it’s not a strong sign. Nonetheless, check it out below, along with the first poster, for the Ron Krauss-directed film also starring a drug-addicted Rosario Dawson and Brendan Fraser. As a pregnant teenager, Apple’s journey plummets her into a perilous struggle until finding salvation in a suburban shelter for homeless teens. With provisions of unprecedented comfort, a collective sisterhood connection and female empowerment, the shelter elevates Apple to break the shackles of her past and inspires her to embrace the future with clarity, maturity and hope not only for herself but her unborn child.