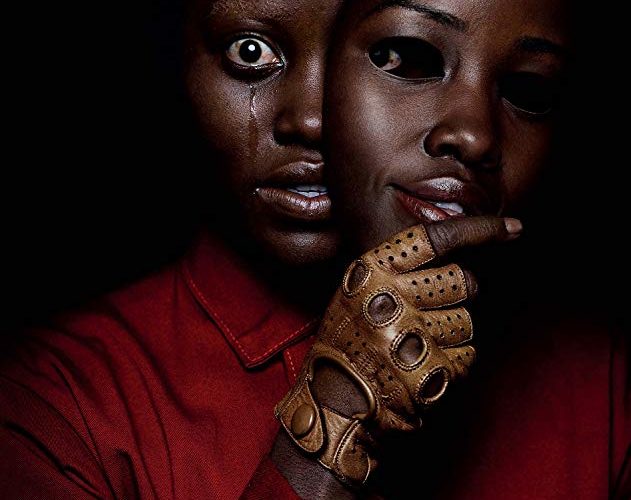 ‘Us’ Review: Jordan Peele’s ‘Get Out’ Follow-Up is Dark, Funny, and Unwieldy

As a follow-up to Get Out, this new film from writer-director-producer Jordan Peele feels like a logical progression. Another allegorical tale of race in America presented in the packaging of a horror film, spiced with a healthy dose of humor and cultural literacy. However, whereas Get Out was a lean, single-minded piece of storytelling, Us is a bigger, broader, and ultimately more unwieldy beast. An allegorical tale that could apply itself to any of a number of aspects of American life, the film depends on its cast and Peele’s immediately gratifying direction and writing to paper over the hollow, possibly nonsensical message and story at its center.

The Wilson family, headed by Adelaide and Gabe (Lupita Nyong’o and Winston Duke), has returned to Adelaide’s childhood home in for a summer vacation. Their children, Zora and Jason (Shahadi Wright Joseph and Evan Alex), seem ambivalent at best about the whole sojourn, but soon enough the family is at the beach enjoying the sun and sights of Santa Cruz. When Jason disappears briefly, however, Adelaide has a panic attack, and later that night confides to her husband an incident from her past that has left her traumatized. No sooner is this revelation in the air than the lights go out, and a family appears on their driveway. A family that, we soon learn, is made up of darkest-timeline versions of the family themselves.

This is, inarguably, a dynamite setup to explore any number of themes or ideas. Beyond the lofty ambitions of delivering a meaningful allegory, though, it’s also just a great and creepy first act to a potentially gripping story. It is on this second and more basic level that Us succeeds unquestionably. Nyong’o and Duke have a fun, warm chemistry that makes them easy to root for, especially as they strive to defend their family. As the family comes together to fight off this existential and immediate threat, each scene darts artfully between tense horror, rousing action, and dark comedy. There is rarely if ever a moment during which one will not either be on the edge of their seat or jumping out of it.

These are the achievements that cannot be taken away from the film; the laughter, the gasps, the cheers. All other critiques aside, Peele knows how to write a scene and knows how to direct the hell out of a sequence. Every ounce of talent and promise that he showed in Get Out is on full display in the moment-to-moment of Us. It is when zooming out of these individual moments to look at the broader picture that things begin to rapidly fall apart. Certain character motivations and decisions begin to morph from sensible to bizarre, certain answers begin to breed only more questions, and the real message of the film gets tossed into uncertainty.

In fairness, this may just be the nature of a story that leads the audience down a garden path before ripping off its mask and revealing itself to be something very different. It is entirely possible that on second viewing the pieces will fall into place and the real meaning of the story will make itself obvious and resonant. It is equally possible, though, that the film’s grander purpose is the victim of Peele’s ambition, and that there are simply too many layers and twists to ever allow the story of Us to cohere in the way that one might want.

An allegory can be a powerful storytelling tool, allowing for the delivery of a meaningful or important message inside of an entertaining shell. At the same time, an allegory is a tricky and delicate thing to construct. Too vague, and the meaning or intention can be misconstrued. Too specific, and you risk alienating an audience or just boring people with the obviousness. Us trips itself up by being at once too large, too epic, while at the same time supplying far too many specifics and explanations to allow for the narrative void necessary to let the audience fill in their own experience or ideas.

In a story like Us, negative space can be a blessing. Peele attempts to serve up enough answers to keep people from feeling cheated, but the abundance of information in some places makes the lack of clarity in others all the more glaring. When the narrative value begins to collapse, all that’s left is the reptilian reaction to and appreciation of the set-piece moments. Luckily, in the case of Us, those moments pay off greatly. It’s just a shame that, given all this talent and ambition, it can’t all add up to more than the sum of its parts.