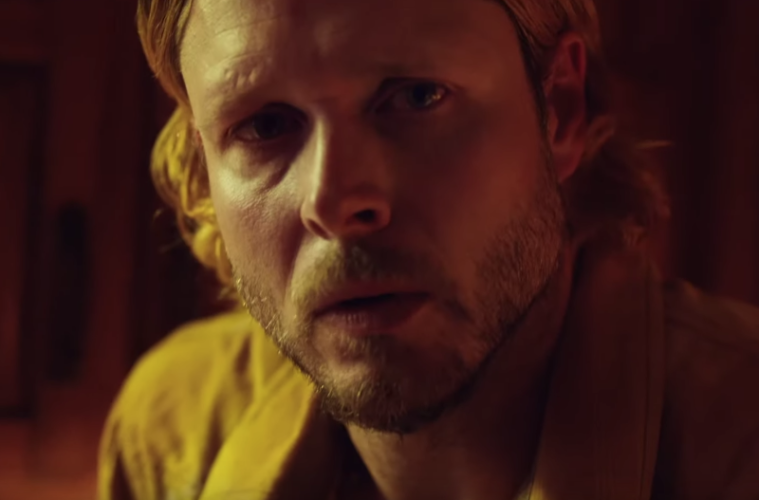 New to Streaming: ‘The Death of Dick Long,’ ‘Mister America,’ ‘The Art of Self-Defense,’ and More

The Art of Self-Defense (Riley Stearns) If Fight Club taught us one thing and one thing only it is to never underestimate the power of a bored single man with nothing to lose. And that is, in some ways, also the central thesis of Riley Stearns’ delightfully twisted The Art of Self-Defense, a pitch-black comedy starring Jesse Eisenberg as sad sack Casey, a lonely auditor who, in the film’s opening scene, is mocked at a distance in French by a couple. He, unfortunately, has become proficient in French, working his way through cassette tapes on his commute to work. He’s an easy and perhaps asexual target, turning to a meticulously photocopied men’s lifestyle magazine for advice and masterbatorial materials. – John F. (full review) Comparisons of Black Mother to cinematic poetry are apt, but it’s harder to pinpoint than that, more aptly described in relation to sound or music–free-flowing jazz, fluidly connecting otherwise inconceivable strands of culture, politics, and history in Jamaica. The faces shown rarely match the soundscape and the audio and visual components of the film seem to operate parallel to each other. Words, in this case, fill in what traditional scoring tries but often fails to accomplish. – Jason O. (full review) When the directing duo known as DANIELS brought Swiss Army Man to Sundance in 2016 they took audiences aback with their peculiarly original vision, involving fart-propelled, jet-skiing corpses and boner compasses. Daniel Scheinert, one-half of the directing team, has now returned with The Death of Dick Long, a more naturalistic but also funnier (and more disturbing) follow-up. A butt rock epic built on bad decisions with plenty of affectation for its idiotic characters, the deeply dark comedy does for small-town Alabama what Fargo did for Minnesota. – Jordan R. (full review)

Did You Wonder Who Fired the Gun? (Travis Wilkerson) Throughout the remarkable Did You Wonder Who Fired the Gun? – director Travis Wilkerson’s attempt to learn more about and confront the murder of the African American Bill Spann by his white great-grandfather, S.E. Branch, through a cinematic essay on racism in America – there are many black-and-white images of houses, forests, and roads in Alabama, the state in which the killing took place. As interview subjects recount memories or details related to the crime — through either first-person testimony or Wilkerson’s second-hand paraphrasing — the film often eschews focusing on the speaker to dwell on local spaces, quietly moving through static shots of Alabaman milieus. These images are so still that, at first, they resemble photographs — specifically, old photographs of the sort that one might find in the photo album of someone who was alive when Bill Spann was killed. But if you look closely, you’ll see that the leaves and grass are actually moving, rustling ever so slightly in the breeze. – Jonah J. (full review) From her break-out performance in 12 Years a Slave, Lupita Nyong’o hasn’t found much time to let loose with genre fun in her admittedly still-young career. However, this year should change that with the forthcoming Us and, premiering in Sundance’s Midnight section, the zombie comedy Little Monsters. Australia’s answer to Shaun of the Dead, writer-director Abe Forsythe doesn’t quite have the wit or visual inventiveness of Edgar Wright, but the raunchy punches he throws pack an entertaining-enough bite. – Jordan R. (full review) The years between Laika releases–in which our eyes are exposed to hours of unimaginative, cookie-cutter Hollywood animation–always seems to be just enough time to desperately crave a new visually inventive world from the studio. Missing Link, the fifth feature film from the company, is another wondrously detailed animation feat and certainly their most epic outing with its globe-trotting story of mythic proportions–even as the script leaves something to be desired. – Jordan R. (full review) You’ll be forgiven for not realizing one of this decade’s most enveloping, complex, haunting, and haunted performances exists almost exclusively on a bite-sized Adult Swim series. Stepping inside the labyrinthine world of On Cinema, however, reveals Gregg Turkington’s work as… Gregg Turkington, a film-obsessive psychotic whose passions veer almost exclusively towards the least-useful American studio movies of the last 30-or-so years. There is no sense of what is happening with him outside a movie-theater seat, save the occasional, overwhelmingly dire peek into what’s done to fuel his passions. Continue reading Nick Newman’s interview with Turkington. Borrowing heavily from Hardcore Henry, David Cronenberg, John Wick, and ’80s B-movies, Upgrade is the kind of picture where story takes a back seat to the thrills and kills. Directed by Saw series co-writer Leigh Whannell, the film delivers exactly what it sets out to, providing an ultra-violent and often fun camp thriller that stops just shy of potential cult classic status. – John F. (review)